The opening statements in a case involving Facebook Inc. and Maryland-based ZeniMax Media Inc. will be made Tuesday in a Dallas court. ZeniMax claims that the social networking giant built its flagship hardware product Oculus Rift with stolen technology and promoted it through false and concocted stories. According to papers filed in the lawsuit that was first registered in May 2014 (shortly after Facebook acquired Oculus VR for $2 billion), ZeniMax, which creates interactive video games and software, claims that Oculus breached the terms of a Non-Disclosure Agreement, took ZeniMax's intellectual property and commercially exploited it for its own gain without compensating the company for its hard work. ZeniMax is seeking $2 billion in damages in the case that is expected to last for three weeks. The trial that began with the selection of a nine-member jury on Monday may also see Facebook founder Mark Zuckerberg being dragged to the witness stand, a claim requested by ZeniMax, which may be accepted as the case advances and requires witness testimonies.

Coronavirus: The human cost of fake news in India

Fake or misleading news can have a real impact on those who find themselves the targets. This has been a particular problem in India during the coronavirus pandemic, where reliable sources of news are frequently drowned out by unverified information online. False information has had serious consequences for minority communities as well as some business sectors such as the meat industry. The Reality Check team has looked at the extent of this misinformation and some of those directly affected. India's religious fault lines are an important theme across false stories spreading online, something that has been further highlighted by the coronavirus outbreak.

Facebook is to begin removing false claims about Covid vaccines, the company has announced, as the UK prepares to roll out the Pfizer/BioNTech vaccine. It is the strongest move yet by Facebook to prevent its platform from being used to promote anti-vaccination rhetoric. The Pfizer/BioNTech Covid jab is an mRNA vaccine. Essentially, mRNA is a molecule used by living cells to turn the gene sequences in DNA into the proteins that are the building blocks of all their fundamental structures. A segment of DNA gets copied ("transcribed") into a piece of mRNA, which in turn gets "read" by the cell's tools for synthesising proteins. In the case of an mRNA vaccine, the virus's mRNA is injected into the muscle, and our own cells then read it and synthesise the viral protein. 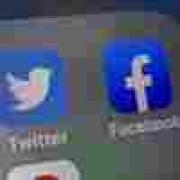 John Hopkins University professor Dr. Marty Makary weighs in on vaccination distribution on'FOX Report Weekend' Big Tech has been allowing Nation of Islam leader Louis Farrakhan to share misleading and allegedly false claims about coronavirus vaccines despite their policies against coronavirus misinformation. Farrakhan's remarks, recorded on video late last month during the Nation of Islam's annual Saviours' Day convention, were still available via Twitter, Facebook and YouTube as of Saturday night. They included claims that the vaccine was a "vial of death." He also compared it to the Kool-Aid from the Jim Jones mass-death tragedy in Guyana in 1978. "It is death itself," Farrakhan said.