Column: 2016 is making me rethink how I teach elections

Editor's Note: Assigning students to watch the presidential debates and discussing candidate's platforms have been fairly commonplace practices for most U.S. government and civics teachers -- until Election 2016. Ryan Werenka teaches AP U.S. government and economics at Troy High School in Troy, Michigan, a suburb of Detroit. In 17 years of teaching social studies, Werenka said that this year's presidential race has made him rethink how he teaches about elections. I have a confession to make: I love politics. There, I said it, and I'm proud of it.

Who's My Representative? Best Political Apps Have Seen Downloads Increase Since Election

Political activism has been on the rise since the election of Donald Trump, but it's not just happening in the streets. According to a report in TechCrunch, political apps have seen increased downloads since the 2016 U.S. Presidential election. Data provided by App Annie indicates apps that encourage political activism and engagement are appearing on more and more devices around the country. The app data analyst firm reported apps including Countable, Voter, We the People, VoteSpotter and Congress were among a group of political apps that received more than 5,000 downloads between November and January. Countable --an app that simplifies legislation coming from Capitol Hill into digestible and understandable bites and streamlines the process of reaching out to representatives--saw the biggest uptick, racking up more than 200,000 downloads on in that period according to App Annie. 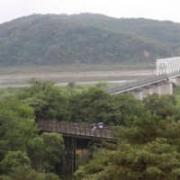 TAIPEI - The mayor of Taipei said on Thursday he will form a political party to run in Taiwan's 2020 elections, a move that could complicate President Tsai Ing-wen's re-election bid and shake up the political landscape amid heightened tension with China. Taipei Mayor Ko Wen-je said he will set up the Taiwanese People's Party in early August in a bid to run in legislative elections in January. The self-ruled island is also set to hold its presidential election in January at a time of precarious relations with China, which considers it a wayward province and has never ruled out the use of force to bring it under Beijing's control. Ko, who advocates closer cross-strait ties and is known for his colorful comments about Taiwan politics, said he will decide whether to run in the highly competitive presidential race by early September. "It's not important whether I run (for the president) or not. What matters is the well-being of the people," Ko told reporters in Taipei.

The French presidential election was one of the main political event of 2017, and triggered a lot of activity on Twitter. The campaign was highly unpredictable and led to the rise of 5 main parties instead of the historical bipartite (left-right) confrontation, ranging from far-left to far-right. This dataset paper proposes #Élysée2017fr, a large and complex dataset of 22853 Twitter profiles active during the campaign (from November 2016 to May 2017), and their corresponding tweets and retweets, plus the retweet and mention networks related to these profiles. The profiles were manually annotated with their political affiliations (up to 2 political parties per profile), their nature (individual or collective), and the sex of the profile's owner when available. This is one of the rare datasets that considers a non-binary stance classification and, to our knowledge, the first one with a large number of profiles, and the first one proposing overlapping political communities. This dataset can be used as-is to study the campaign mechanisms on Twitter, or used to test stance detection models or network analysis tools. Mining these data might reveal new insights on current issues like echo chambers or fake news diffusion.

Political parties in Mexico are using bots and fake accounts in an attempt to influence voter behaviour and in some cases spread false stories ahead of the country's presidential elections on 1 July, according to researchers, journalists and activists. Some are milling around and others sit at computers. In front of them a man shouts into a microphone, exhorting the group to tweet quickly, to try to turn around negative chatter on social media. "It's the moment of Mexico!" the man shouts. The people in the video were tweeting in support of Enrique Pena Nieto of the Institutional Revolutionary Party (PRI).