AI Startups: If You Say You Are Doing AI, Show It

Startups work AI into their pitches even if their businesses aren't really oriented around the technology. And even though big tech firms like Google and Facebook get a lot of the attention, I believe it is the startups that will drive the AI disruption wave. Here are a few questions I'd pose to any AI startup, bearing in mind that there are no typical VCs and no typical startups: The bottom line: VCs who know the segment will quickly be able to see, or see-through, the depth of your AI knowledge. To ensure your credibility and be taken seriously as an artificial intelligence startup, if you say you're doing AI, show it.

Artificial intelligence (AI) is the hot technology for Silicon Valley startups (I've personally talked to 15 AI startups in the past year). In fact, AngelList currently lists more than 2,000 AI startups with an average valuation of $5 million. In his TED Talk, digital visionary Kevin Kelly described AI as the next revolution, and his simple formula for startups is to "solve a problem using AI." And, IDC projected the AI market will reach more than $47 billion by 2020, with 62% of enterprises adopting the technology by next year. Interestingly enough, AI adoption isn't limited to startups.

Artificial Intelligence (AI) is one of the most diverse startup categories in CrunchBase, with 256 startups distributed across 225 categories and subcategories. Startups applying AI to business intelligence, healthcare, e-commerce and enterprise software are also prevalent in the CrunchBase dataset. Starting with the 256 AI startups as a base, companies who are no longer operating were first taken out of the data set. These included those that had been acquired, exited via IPO or merger, or those that had closed down. As the majority of AI startups are early stage investments right now, this thinned the list by 49 companies, yielding a net dataset of 207 startups.

Incubation Trends For Startups To Expect In 2020

A startup incubator is a collaborative program that helps new startup to grow. It aids entrepreneurs in solving discrepancies associated with running of startup. Globally, incubators have become a biome with an array of initiatives that motivate and back economic growth. However, talking about India, incubators are a recent phenomenon, which is sure to upswing in the coming days. In this article, we have tried to focus on some incubators trends for startups that we expect in 2020. 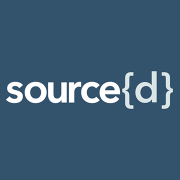 Source(d), a Madrid, Spain-based startup that uses artifical intelligence to identify the most suitable developers for respective jobs, raised 6m in funding. Backers included Xavier Niel, Otium Venture and Sunstone Capital. The company intends to use the funds for commercial expansion in Europe and the United States and continued improvement of the artificial intelligence algorithms. Founded in March of 2015 by CEO Eiso Kant, Jorge Schnura and Philip von Have, source{d} develops deep learning (artificial intelligence) algorithms to identify, qualify and present developers to companies, by analyzing their code. By basing their approach on technical understanding, the process guarantees that the needs of their clients are met and the developers fit better with their technical challenge.