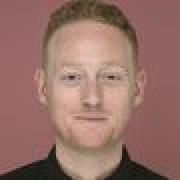 Charging a Tesla is about to get a lot more convenient. The Palo Alto-based electric car manufacturer announced today that it intends to double the size of the Tesla charging network by the end of 2017. This expansion, which will take place across the globe, comes at a time when Tesla is preparing to increase its manufacturing output to 500,000 electric cars in 2018. The charging network is a vital part of Tesla's mission to sell all-electric cars to consumers worldwide. While owners can always charge their car overnight at home, this isn't an option for those looking to go on road trips or people who don't have personal overnight parking (like apartment dwellers).

If you've ever dreamed of driving on Mario Kart's Rainbow Road, all you have to do is buy a Tesla. A recently discovered Easter egg transforms the dull gray road shown on a Tesla's instrument cluster into a colorful path that resembles the notoriously difficult Mario Kart level. A cowbell tune also plays in the background while this mode is turned on. To activate the hidden feature, Tesla owners need to activate their cars' autopilot four times in quick succession, as Tesla CEO Elon Musk tweeted on April 11. Tesla owners need the latest software update in order to trigger this transformation, which Musk referred to in his tweet as "psychedelic cowbell road."

A big benefit for Tesla owners is going away

You may want to consider this change to the company's policies that could affect how you charge your car's battery. Although Tesla's longtime approach has been to let drivers use its exclusive network of 3,500-plus superchargers for free, that benefit is going away for future customers. Beginning Jan. 1, anyone who orders a new Tesla will be expected to pay a "small fee" at superchargers once they've exhausted a yearly package of complimentary charging credits that's good for about 1,000 miles of range. It isn't clear how much the charging fees will be; Tesla said the prices will likely fluctuate based on regional demand for electricity, but that they will be on par with what it costs to fill up a tank with gasoline. Customers can still avoid the supercharger fees after using up those free miles by hooking up their vehicles at home.

Tesla asks fans to lobby the government on its behalf

Tesla fans: Your mission, should you choose to accept it, is to go to bat politically for the company. The electric automaker has launched a new online portal called the Tesla Engagement Platform, as spotted by CNBC Friday. It is a hub where Tesla posts actions its users can take, like contacting government officials when there is a potential law that would affect the company. "Engage Tesla is a new platform for both Tesla's public policy team and Tesla Owner's Clubs," a blog post on the hub reads. "Its goal is to create a digital home base for all of our work, and make it easier for Tesla community members to learn what's top of mind for us, take meaningful action, and stay in the loop. We hope you'll join us in getting involved."

With Tesla losing its Autopilot lead, a key safety rep and other executives in recent months, it's easy to imagine the company having a hard time holding on to executives. Tesla, however, is determined to prove otherwise. It announced a series of executive additions from the past few weeks, some of whom come from big names in tech. To begin with, machine learning veteran Stuart Bowers (whose move was made public on May 22nd) has jumped from Snap to become Tesla's VP of Engineering for both hardware and software. Apple's tech operations leader Neeraj Manrao, meanwhile, is becoming the Director of Energy Manufacturing. Amazon logistics director Mark Mastandrea is now taking charge of Tesla's vehicle delivery services.