Apple will celebrate the iPhone's 10th anniversary next year, but in chief executive Tim Cook's view, the technology is anything but mature. The Nikkei Asian Review caught up with Cook aboard a bullet train last week and asked him about artificial intelligence, his plans for Asia, and the experience of succeeding Steve Jobs. Cook, who was visiting Japan for the first time as CEO, said Apple will open a research and development base in Yokohama, near Tokyo, later this year. The facility -- the first of its kind outside the U.S. -- will develop AI and other technologies. Cook described it as a center for "deep engineering" and said it will be "very different" from the R&D base Apple plans to build in China. 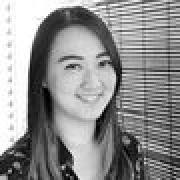 Apple's march to be the way people pay for everything continues, with rumoured plans to allow people in Japan to tap their iPhones on buses and trains there. According to Bloomberg, Apple intends to include Sony's Felica RFID contactless chip in a future version of the iPhone. Japan's de facto mobile wallet, Osaifu-Keitai, is powered by Felica, and works across the country's public transportation modes, as well as in convenience stores and fast food outlets. Japan's system started 10 years before Apple Pay was announced in 2014, and is so well-established that when Apple Pay came on the scene, the response in Japan was meh. People there were more concerned that iPhones wouldn't work with the 1.9 million Osaifu-Keitai readers around the country.

Apple Inc. is widely rumored to release its next-generation smartphone, dubbed the iPhone 7, in September with various reports suggesting that this year's iPhone will be a minor upgrade to the current version. However, a new report claimed Thursday that the California tech giant is planning a new iPhone feature for Japanese users, allowing them to use their Apple handsets to pay for mass-transit rides. IPhone 7, the presumed upcoming iteration of Apple's flagship smartphone, will include a new technology called FeliCa -- a wireless standard used by Japanese people to make payments in mass transit systems -- which will allow users in Japan to store virtual pay-as-you-go passes for buses and trains on their new iPhones, Bloomberg reported, citing people familiar with the matter. The FeliCa chip, developed by Sony Corp., is a dominant standard in Japan, unlike North America, Europe and Australia where the Near Field Communication (NFC) technology is widely used to enable Apple's mobile-payments service, Apple Pay, on transport. Apple's iPhones sit on display during a preview event at the new Apple Store Williamsburg in Brooklyn, New York, July 28, 2016.

Apple Inc. is planning a new iPhone feature for Japan that will enable users to pay for mass-transit rides with their smartphones instead of physical payment cards. A future iPhone will include technology called FeliCa, a mobile tap-to-pay standard in Japan developed by Sony Corp., according to people familiar with the matter. The FeliCa chip will let customers in Japan store their public bus and train passes on their iPhones. Users would then be able to tap their phones against the entrance scanners instead of using physical cards. While the FeliCa chip is the standard technology underlying the service, there are several different providers of transit payment cards based on the type of transit and areas within Japan. 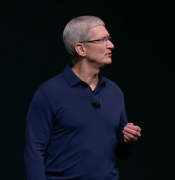 Apple CEO Tim Cook recently visited Japan for the opening of their state-of-the-art research and development facility. He described it as a "center for deep engineering that will be very different from the R&D base Apple plans to build in China." "I cannot tell you the specifics," Apple CEO Tim Cook told Nikkei Asian Review while riding on a bullet train in Japan. "The specific work is very different." According to the report Cook is seeking to integrate artificial intelligence into all of their product offerings including presumably the iPhone.