What is a Trotskyist?

Labour's deputy leader Tom Watson has said "Trotsky entryists" are "twisting arms" of young Labour members to back Jeremy Corbyn - what does he mean? Some Labour supporters on Twitter were puzzled by his words - they said they had never heard of Trotsky and had no idea what an "entryist" was. Mr Corbyn's team accused him of peddling conspiracy theories. Trotskyism has its origins in early 20th Century Russian politics and the path pursued by one of the founders of the Soviet Union, Leon Trotsky. Trotsky was the head of the Red Army and a key player in the violent revolution that toppled the Russian tsar and established the world's first socialist state.

A printing plate was used by Nazi intelligence officers to print bogus British currency during the war. They rounded up about 100 people, including master Jewish forgers, in concentration camps and told them if they could produce undetectable British notes, they wouldn't be killed. After being released, the forgers dumped the weighty crates of fake currency, printing plates and presses into a lake in the Austrian Alps as they fled to allied lines.

"You won't believe it but Trotsky has emerged in Budapest again, this time from Frida Kahlo's bed," the newspaper wrote, referring to her affair with Leon Trotsky, a key figure in the Bolshevik seizure of power in Russia, during his later exile in Mexico. Trotsky was assassinated in 1940. 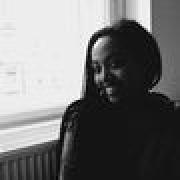 Get the tissues ready, this one is a doozy. Twitter user @ngvhi hopped online to share the most beautiful story about how she was reunited, five years later, with her sweet cat and first pet. SEE ALSO: We're calling'fake news' on the report that'Black Panther' caused a surge in black cat adoptions "Sometime after Panther went missing he apparently turned up in a shelter in the next city 15 mi away," she wrote. "Days before he was going to be euthanized he was adopted! And lived with a women [sic] for a little while in yet another city."

Lenin and the Russian Spark

On April 16, 1917, a short train carrying thirty-two passengers steamed into one of St. Petersburg's less distinguished stations, completing an eight-day journey from Zurich. These passengers were arriving late to a revolution that had started without them, earlier that year, after food riots broke out in the imperial capital. But one of them--Vladimir Ilyich Ulyanov--would quickly seize control of events. By year's end, he had launched what would become the Union of Soviet Socialist Republics, which replaced the empire it despised but remained largely within its geography. Reflecting on these events years later, Winston Churchill would compare Ulyanov, or Lenin, as he styled himself, to a "plague bacillus" that had been introduced into a body at precisely the moment it could do the most harm.