Marco Chavez, a former United States Marine deported in 2002 over a minor offense, will now be able to return to the country he first called home, according to the Associated Press Tuesday. Chavez's legal residency status was returned after he was pardoned earlier this year. "One of the things I wanted to let my kids know is they did have a father and I did not plan to leave them," Chavez who has been living in Tijuana told the AP. "That wasn't part of the plan with me and my ex-wife. I just want to be there to support them.

U.S. military veterans deported to Mexico say they want to come back home

Deported U.S. military veterans told members of a U.S. congressional delegation visiting Tijuana on Saturday that they had paid dearly for their crimes, and wanted to come home. "I committed a crime and I accept it," said Eduardo Agustin Garcia, 59, a former U.S. Navy airman who grew up in Oxnard but was deported to Mexico in 1999 after serving a four-year sentence on a drug charge. Garcia, who now works in a call center in Tijuana, was among a dozen deported veterans who spoke briefly to members of the U.S. House of Representatives, all Democrats on the Congressional Hispanic Caucus. The deported veterans told of the pride they had felt in the U.S. armed services, some serving in Vietnam, Iraq and Afghanistan. They talked about how they missed their families in the United States and needed access to Veterans Administration services.

A home in Tijuana is a refuge for deported U.S. veterans

They call it the bunker. From the street in this working-class neighborhood, people passing by the two-story house can look through the window and glimpse a peace sign and various iterations of the Stars and Stripes. The formal name is emblazoned in English on a banner above the entrance: "Deported Veterans Support House." It's a meeting venue, crash pad, information hub and hangout for a distinct group: U.S. military veterans expelled from the very country they served. Most came to the United States as children and became permanent legal residents before joining the military.

In hopes of getting around federal law, immigrants seek governors' pardons to block deportation 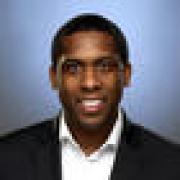 The two Cambodian refugees living in Northern California had been convicted of crimes years ago and, under the Trump administration's more aggressive immigration enforcement policies, those offenses had placed them on a path toward deportation.

On Friday, he finally made it back when he was laid to rest in a California cemetery. Salas, 47, was buried with military honors in the San Joaquin Valley city of Reedley, where he attended high school before enlisting in the Marines, the Fresno Bee reported . He died on April 12 after suffering serious injuries in a car accident in Tijuana, Mexico, where he had been living. Salas was transported across the border for treatment at a San Diego hospital but had a heart attack on the way there. "This is a bad way to get back to the states," said Fred Martinez, Salas' cousin.