The Australian coal export industry has peaked and entered a "terminal long-term decline", says a new report that argues high prices have pushed global energy markets more quickly towards cheaper and cleaner alternatives. The Institute for Energy Economics and Financial Analysis report, which focuses on the outlook for the New South Wales coal industry, argues record export profits for coalminers do not indicate a strong and growing industry. The report said export volumes from the port of Newcastle, the world's largest coal export harbour, peaked in 2016 and have begun a permanent decline. The conclusion is based on long-term trade forecasts for thermal coal and an analysis of Asian energy markets, where investment in coal-fired power is slowing. Australia's four biggest export markets for coal, Japan, South Korea, China and Taiwan, have scaled back their planned pipeline for new coal-fired projects and actively closed some power plants.

When Hazelwood stops generating electricity this week, it will be the first Australian power station to close, at least in part, because of climate change. Hazelwood's owner, French energy giant Engie, has said it is "making climate a priority" and has committed to retiring its most outdated coal plants worldwide. Hazelwood's closure will bring the total to nine coal power stations in Australia that have retired in the last five years – including the Port Augusta power stations in South Australia, the Munmorah and Wallerawang power stations in New South Wales and the smaller Energy Brix and Anglesea power stations in Victoria. It's a clear indication the global industrial transition from coal to renewable energy across the world has reached our shores. Like all such transitions, this one will involve a big upheaval for the affected workers, but never before has an industrial transition had so much else at stake. 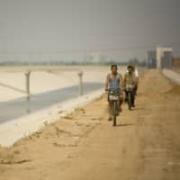 CANBERRA – Australian Prime Minister Scott Morrison is defending his government's record on tackling climate change, rejecting claims that it is in any way exacerbating bush fires sweeping the continent. While he labeled the fires a "national disaster" on Thursday, Morrison told reporters in Melbourne that Australia was "getting results" in its efforts to tackle global warming. Pressure has been ramping up on Morrison to take more concerted action on the issue after toxic smoke from more than 80 blazes across New South Wales again enveloped Sydney this week, triggering health alerts. The fires have burned 2.7 million hectares of land and destroyed about 700 homes. A rally in Sydney on Wednesday attracted thousands who protested against the conservative government's climate-change policies that have included revoking legislation that put a price on carbon emissions.

The health implications of coal-fired power should be a main concern in Australia's debate over energy generation, doctors have argued. Speaking on the ABC's Q&A program, the chair of Doctors for the Environment New South Wales, Dr John Van Der Kallen, asked panellists why health was not a primary consideration in the discussion over the closure of coal-fired power stations such as the Liddell plant in the Hunter Valley "when we know that the pollution from these coal-fired power stations contributes to respiratory and cardiovascular illness, as well as premature death?" Doctors for the Environment also oppose the proposed Adani coalmine in Queensland, which if built, will be the largest in Australia, and one of the largest in the world. "It will significantly increase Australia's contribution to international carbon emissions and threaten the health of millions of people in Australia and around the world." Emma Herd, chief executive of the Investor Group on Climate Change, said health concerns over coal-fired power were driving movement to renewables in other parts of the world.