This article was originally published on ETFTrends.com. Watch a complimentary webinar below to learn more about Apache Spark's MLlib, which makes machine learning scalable and easier with ML pipelines built on top of DataFrames. In MapR Technologies video, you'll get to learn about the following: Review Machine Learning Classification and Random Forests Use Spark SQL and DataFrames to explore real historic flight data Use [...]

The Rise of The Edge Devices

Deep Learning is one of the most significant aspects of artificial intelligence (AI), as it enables computers to learn on their own through pattern recognition, rather than through pre-programming by humans. Moore's Law, (Gordon Moore's 1965) states that "the number of transistors in a dense integrated circuit doubles approximately every two years". This prediction has been incredibly accurate and insightful. Moreover, in tandem, the burgeoning development of computer processors and computer memory, along with increasingly faster network speeds, continues unabated. Mobile phones, the Internet of Things (IoT), autonomous cars, industrial robots, precision agricultural machines, skimmers, smart homes, smart electric and water meters are just a few examples.

Users can simply search the status of their flight on the app by entering their flight number and Google will display if their flight is expected to be delayed or not along with reasons like aircraft arriving late or bad weather.

Get help with cheaper flights and potential flight delays this winter 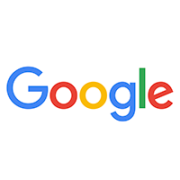 One of the most stressful parts of traveling happens between heading to the airport and waiting to board your flight, as you start checking to see if your flight is on time. Flights already shows delays, and now we're sharing reasons for those delays and delay predictions too. Using historic flight status data, our machine learning algorithms can predict some delays even when this information isn't available from airlines yet--and delays are only flagged when we're at least 80% confident in the prediction.

The Ethics of Autonomous Cars

To illustrate this point by example, Smith turns to another vehicle: a time machine. "Imagine that someone invents a time machine," he writes. "Does she break the law by using that machine to travel to the past?" Given the legal principle nullum crimen sine lege, or "no crime without law," she doesn't directly break the law by the act of time-traveling itself, since no law today governs time-travel. This is where ethics come in.