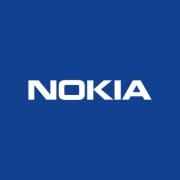 The scientific discoveries and technological innovations produced by Bell Labs research and engineering have been critical not only to the evolution of global telecommunications but, more widely, they had a considerable impact on the technological base of the global economy and, indeed, on our daily lives. Bell Labs is the source of many significant contributions, of course, in the area of telephony, but also in memory devices, imaging devices, system organization, computers and software technology, as well as acoustics, optics, switching, transmission, and wireless and data communication. New principles, new materials, new devices, and new systems from Bell Telephone Laboratories resulted in new industries, hundreds of new products, and thousands of new jobs. The invention of the transistor in 1947, and subsequent advances in related solid-state device and circuit technology formed the basis of a multibillion dollar global industry and ultimately enabled the digital world. Shannon's seminal paper titled "A Mathematical Theory of Communication," published over 60 years ago, gave birth to Information Theory and has stood as the guiding foundation for communications scientists and engineers in their quest for faster, more efficient, and more robust communications systems ever since.

He previously served as publisher and editor of The Americus Times Recorder in Americus, Georgia. He was also advertising director for The Daily Advertiser in Lafayette, Louisiana, and sales manager at The Post-Crescent in Appleton, Wisconsin.

In one of the first cases of its kind, the U.S. Federal Trade Commission (FTC) is taking action against a journal publisher accused of deceiving its authors. FTC is asking a federal judge to order OMICS Group Inc., the publisher of hundreds of open-access journals, to stop making false and misleading claims about its pricing, editorial staff, and peer-review practices. The agency is also asking the court to consider requiring the firm to refund authors and conference participants millions of dollars in fees. The case, now before a federal judge in Las Vegas, Nevada, is sending shock waves through the traditionally self-regulated world of technical journals. "It's a shame it's the government that has to regulate the scholarly publishing industry," says Jeffrey Beall, a librarian at the University of Colorado, Denver, who has been an outspoken critic of what he calls "predatory" publishers.

Four Seasons Hotels and Resorts has officially reopened its resort on the island of Anguilla, Caribbean Journal has learned. The Four Seasons Resort and Residences relaunched operations on Nov. 19. It's the second Four Seasons resort to reopen in the Caribbean, following this month's relaunch of the Four Seasons Resort Nevis. The 181-room resort has a mix of 70 rooms, 50 suites, 24 villas, 24 townhomes and 33 residences. Anguilla reopened for tourism in August.

On Thanksgiving Day 1972 readers opened the paper to see the first installment of a series on hunger illustrated with a full-page picture of an elderly woman's refrigerator with nothing in it but a can of lard, the only food she had. The next year she won awards for an expose of the giveaways lavished on reporters by the New York fashion industry in exchange for favorable coverage.