The United States announced earlier this month that it had used both drones and manned aircraft to kill at least 150 al-Shabab fighters in Somalia, a move the Pentagon says was necessary to stop an imminent attack on US and African Union forces in the country. Critics of the US drone programme however, argue such strikes create more enemies than they kill. With the number of fighters joining al-Shabab having nearly doubled since 2013, how can the armed group be defeated? In this week's Arena, Somalia's former special envoy to the US Abukar Arman, who has called drone strikes a "priceless propaganda tool" for al-Shabab, is in debate with the country's former deputy prime minister Ahmed Abdisalam Adan, who says the strikes are needed. Follow UpFront on Twitter @AJUpFront and Facebook.

What does Saudi Arabia want for Yemen and Syria?

The hidden toll of American drones in Yemen: Civilian deaths 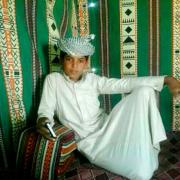 This 2018 handout image provided by the Ali family, shows a photo of Ammer Ali, in Yemen. A drone struck a car carrying Ali who was returning to Marib with a relative after dropping his family at a house of relatives. Nearly 70 kilometers from Marib, at 3:00 p.m. the drone struck the car and killed the Ali the other driver survived. This 2018 handout image provided by the Sarima family, shows a photo of Mohammed Abu Sarima, who was killed in a drone strike, in Yemen. The Pentagon confirmed a drone strike on the same day in the province of Bayda, saying they were targeting al-Qaida.

In this week's UpFront, we speak to Mahathir Mohamad, Malaysia's former leader, about his call for Prime Minister Najib Razak to resign. In the Reality Check, Mehdi Hasan examines why drone strikes are ineffective. Headliner - Former PM Mahathir Mohamad: Malaysia'will go to the dogs' Malaysia's former prime minister, Mahathir Mohamad, wants to "save Malaysia" and oust the country's current PM Najib Razak over claims that he mismanaged the economy, suppressed free speech and allegedly took hundreds of millions of dollars in bribes, all accusations the PM denies. The "Save Malaysia" movement, led by Mahathir and made up of opposition leaders from across the political spectrum, is centred on a multimillion-dollar corruption scandal that alleges nearly 700m found in Najib's personal bank accounts came from the state-funded 1Malaysia development fund. Najib, however, says the money was a campaign donation from Saudi Arabia and has since been returned.

Four people were killed, including two children. "We were looking into all these different stories, like the psychology of the drone pilot, all the crazy, messed-up stuff that surrounds it," says Killbox programmer Albert Elwin on the IndieCade show floor in Los Angeles. "It's all really dark and depressing -- it's absolutely in some ways a difficult project to work on because you get kind of consumed by the reality of it." Since 2004, the US has conducted more than 400 drone strikes across Pakistan alone that have killed up to 4,000 people, according to the Bureau of Investigative Journalism. Hard statistics don't exist in the world of UAV warfare, but the Bureau estimates between 423 and 965 civilians have been killed in unmanned strikes on Pakistan, including as many as 207 children.