In order to create a wraparound camera, the team first considered attaching tiny lenses to single pixel-sized sensors, a tact that's been tried before on curved surfaces. However, they realized that when bent, such an array would have gaps between sensors that would produce artifacts in the final image. Instead, they created flexible silicon sheets with embedded lenses that distort and change their focal lengths when bent. The resulting prototype has no blank spots, even with significant curvature, so it can capture images with no aliasing. The team flexed the prototype sheet -- with a 33x33 lens array -- in a predictable way, allowing them to produce clean (though low resolution) images. 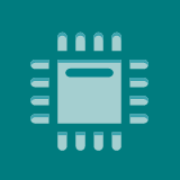 The use of robotics in controlled environments has flourished over the last several decades and training robots to perform tasks using control strategies developed from dynamical models of their hardware have proven very effective. However, in many real-world settings, the uncertainties of the environment, the safety requirements and generalized capabilities that are expected of robots make rigid industrial robots unsuitable. This created great research interest into developing control strategies for flexible robot hardware for which building dynamical models are challenging. In this paper, inspired by the success of deep reinforcement learning (DRL) in other areas, we systematically study the efficacy of policy search methods using DRL in training flexible robots. Our results indicate that DRL is successfully able to learn efficient and robust policies for complex tasks at various degrees of flexibility. We also note that DRL using Deep Deterministic Policy Gradients can be sensitive to the choice of sensors and adding more informative sensors does not necessarily make the task easier to learn.

This Small, Flexible Patch Will Monitor Your Sweat

This device can measure both heart rate and body chemistry simultaneously. There's lots of wearable fitness tech out there, but why bother with clunky watches and wires if you could just stick a small patch to your chest? It would probably look way cooler. Scientists at the University of California, San Diego have created a small patch that sticks right onto the sternum and broadcasts fitness data wirelessly to a laptop or smartphone. They describe their invention today in the journal Nature Communications.

And since then there have been speculation and anticipation about the company releasing a flexible display phone. The company might finally come out with one this year -- the Samsung Galaxy X rumors started buzzing early this month after the company filed a patent describing a foldable display with a mechanical hinge in the middle. Foldable Display: The most anticipated feature of the Samsung Galaxy X is of course, its display. It is expected to fold inwards, with a mechanical hinge in the middle that will also serve as a display. When stretched out, according to the company's patent filed on Jan.