StradVision Raises $27 Million in Series B Funding to Camera Technology

StradVision, an innovator in vision processing technology for Autonomous Vehicles, has announced it raised $27 million in its Series B funding round, led by Posco Capital. This round brings StradVision's total funding to $40 million. Other Series B investors include: IDG Capital; Industrial Bank of Korea; Lighthouse Combined Investment; LSS Private Equity; Mirae Asset Venture Investment; Neoplux; and Timefolio Asset Management. "StradVision's software solutions for Autonomous Vehicles and ADAS systems are proving successful and attractive to leading automakers and suppliers, as our latest round of funding strongly confirms." said Junhwan Kim, CEO of StradVision. "We appreciate all of our new investors coming on board, and StradVision will use this funding to take our groundbreaking products to the next level as we lead the advancement of camera technology in Autonomous Vehicles."

StradVision, ushering in the era of the fully autonomous vehicle - PetaCrunch 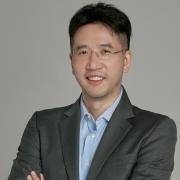 StradVision has raised $16.6M in total. We talked with Junhwan Kim, its CEO. How would you describe StradVision in a single tweet? StradVision is a pioneer in deep learning-based vision processing technology, providing the software that will allow Advanced Driver-Assistance Aystems (ADAS) in autonomous vehicles to reach the next level of safety, and usher in the era of the fully autonomous vehicle. How did it all start and why?

In autonomous and self-driving vehicle news are Velodyne, StradVision, Vayyar, Apollo and ibeoNEXT. Velodyne Lidar, Inc. today announced it has joined the Intelligent Transportation Society of America (ITS America) to promote the benefits of autonomous vehicles and intelligent transportation infrastructure. Velodyne is the first lidar technology company to become part of this influential group. ITS America members are at the forefront of driving progress in autonomous vehicles and smart city solutions to help save lives, improve mobility and promote sustainability. Velodyne's lidar sensors can be used in a variety of Intelligent Transportation Systems to measure and monitor conditions in areas such as pedestrian safety, vehicle traffic and parking space management, and more.

Fastbase Inc. a web analytics company and big data provider, puts value and benefits in the reach of smaller businesses using the ultimate renewable resource – data. Data has been called the new oil, alluding to the enormous business opportunity and potential revenues from providing and processing big data. This has not always been within the reach of small-medium businesses. Not all companies are big enough to research and drill for oil. The view of data as'oil' is beginning to change.