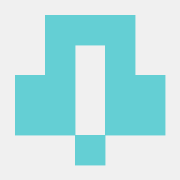 Pose Animator takes a 2D vector illustration and animates its containing curves in real-time based on the recognition result from PoseNet and FaceMesh. It borrows the idea of skeleton-based animation from computer graphics and applies it to vector characters. This is running in the browser in realtime using TensorFlow.js. Check out more cool TF.js demos here. This is not an officially supported Google product.

TensorFlow.js was developed by Google to let JavaScript developers dive into machine learning--and they don't even need an advanced math degree to do so. The latest update to the open source machine learning library is a WebAssembly backend that was announced in a blog post. Let's see what it can do! WebAssembly (Wasm) is "a binary instruction format for a stack-based virtual machine" to serve as a portable target for compiling high-level languages on the web. It runs cross-browser and outside the browser.

Microsoft Research has unveiled new details of its work on advanced gestural user interfaces, and while the technology remains in the lab, Redmond seems to have made serious progress. One of Microsoft's next-gen gestural UIs is called Handpose, as Fast Company reports: Elliptic Labs touch-free tech will soon make an appearance in an as-yet-unknown flagship device. Almost 25 years ago, researcher Xuedong Huang founded the speech recognition program at Microsoft Research (MSR). His groundbreaking work ended up in Microsoft's products like Cortana and Kinect. Today, voice recognition is pretty much figured out.

Coinciding with the kickoff of the 2020 TensorFlow Developer Summit, Google today published a pipeline -- Objectron -- that spots objects in 2D images and estimates their poses and sizes through an AI model. The company says it has implications for robotics, self-driving vehicles, image retrieval, and augmented reality -- for instance, it could help a factory floor robot avoid obstacles in real time. Tracking 3D objects is a tricky prospect, particularly when dealing with limited compute resources (like a smartphone system-on-chip). And it becomes tougher when the only imagery (usually video) available is 2D due to a lack of data and a diversity of appearances and shapes of objects. The Google team behind Objectron, then, developed a toolset that allowed annotators to label 3D bounding boxes (i.e., rectangular borders) for objects using a split-screen view to display 2D video frames.

Regardless of what is happening around the world, the AI community are one productive bunch, and they have something interesting to share almost every day. Here's what is new this week: The short history of deep learning indicates the incredible effectiveness of infinitely wide networks. Insights from these infinitely wide networks can be used as a lens to study deep learning. However, implementing infinite-width models in an efficient and scalable way requires significant engineering proficiency. To address these challenges and accelerate theoretical progress in deep learning, Google's AI team released Neural Tangents, a new open-source software library written in JAX.