We are in the thick of the first-quarter earnings season, with more than 175 S&P 500 companies scheduled to post their financial numbers this week. By the end of next week, we will have seen Q1 results from more than 60% of the index members. Decent results till now have reinstated hopes that were dimmed by dull projections issued at the onset of the season. However, the earnings scenario for the overall Technology sector remains weak, with poor results from bellwethers like Google's parent Alphabet (GOOGL - Analyst Report) and Microsoft last week. For the Tech sector as a whole, we have Q1 results from 49.6% of its total market cap in the S&P 500 index.

The hottest news last week came out of the Intel INTC Developer Forum (IDF) 2016. But Facebook's FB decision to open source its artificial intelligence (A.I.) research, Alphabet's GOOGL Duo and Oracle ORCL asking for a retrial in its case against Alphabet over Java also made headlines. This was a mega event where Intel talked about everything but PCs. The company seems to think that the next big thing driving chip growth for PCs is VR capabilities (since it's a computationally intensive exercise, it's a good way to sell its chips). To that end, it announced Project Alloy, a reference design for cordless headgear that merges the AR and VR worlds and runs on Microsoft's MSFT Windows Holographic OS.

The new Google logo is displayed at the Google headquarters on September 2, 2015 in Mountain View, California. Technology investors who bought shares of Alphabet last year on optimism that new CFO Ruth Porat would increase fiscal discipline were disappointed Friday. They pushed the Google parent's GOOGL shares down 5% to 737.77 on heavy trading volume, a day after learning that the company's investments in what it calls Other bets remain a drag on short-term profits. The category posted a first-quarter operating loss of 802 million, while generating sales of just 166 million, just a tiny fraction of overall revenue of 20 billion. Alphabet's money-losing moonshots take shine off Google's ad business Other bets include expensive, speculative projects such as building a self-driving car or bringing fiber-optic Internet cables into neighborhoods. 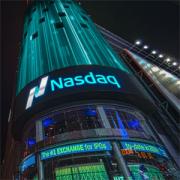 Last week was an exciting one with some rumors about Apple's AAPL iPhone manufacturing in the U.S., Cisco's CSCO earnings report, Intel's INTC first AI Day plus lots more. In June this year, Apple requested its iPhone assemblers Pegatron and Foxconn to evaluate the feasibility of making the devices in the U.S. While Pegatron refused outright on cost considerations, Foxconn has decided to do the job. The study is likely to show that the cost increase, skill mismatch and supply chain problems (the supply chain is largely in Asia) would make this cost prohibitive. This would raise iPhone prices for consumers/squeeze Apple's margins.

The grand opening on July 25 of the new Apple Store in Piazza Liberty, Milan, Italy, which was designed by Stefan Behling, from Norman Foster Studio. Apple reports its third-quarter earnings after the market close in New York this Tuesday, July 31, 2018. Apple Inc. reports its third-quarter (Q3) numbers after the market close this Tuesday in New York amid a fair bit of turmoil for the "FAANGs". The results though are not expected to produce the kind of downbeat surprise seen from Facebook and Netflix. Instead, the market expects a steady-as-she-goes performance and some positive guidance for the fourth quarter (Q4) and beyond.