Graph-based Topic Extraction from Vector Embeddings of Text Documents: Application to a Corpus of News Articles

Production of news content is growing at an astonishing rate. To help manage and monitor the sheer amount of text, there is an increasing need to develop efficient methods that can provide insights into emerging content areas, and stratify unstructured corpora of text into `topics' that stem intrinsically from content similarity. Here we present an unsupervised framework that brings together powerful vector embeddings from natural language processing with tools from multiscale graph partitioning that can reveal natural partitions at different resolutions without making a priori assumptions about the number of clusters in the corpus. We show the advantages of graph-based clustering through end-to-end comparisons with other popular clustering and topic modelling methods, and also evaluate different text vector embeddings, from classic Bag-of-Words to Doc2Vec to the recent transformers based model Bert. This comparative work is showcased through an analysis of a corpus of US news coverage during the presidential election year of 2016.

NEW YORK/RIYADH – SoftBank Group Corp.'s Vision Fund will invest in a solar-power generation company in Saudi Arabia, creating the world's biggest solar producer, as it steps up its involvement in the kingdom, its chief executive said Tuesday. The project is expected to have the capacity to produce up to 200 gigawatts (GW) by 2030, SoftBank's CEO Masayoshi Son told reporters in New York. That would add to around 400 GW of globally installed power capacity and is comparable to the world's total nuclear power capacity of around 390 GW as of the end of 2016. The initial phase of the project for 7.2 GW of solar capacity will cost $5 billion, with $1 billion coming from SoftBank's Vision Fund and the rest from project financing, Son said. The final investment total for the 200 GW of generation, including the solar panels, battery storage and a manufacturing facility for panels in Saudi Arabia, will eventually total around $200 billion, he said. 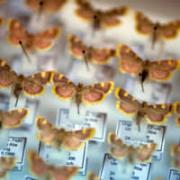 ABU DHABI - U.N. Secretary-General Antonio Guterres took his global message urging immediate climate action to officials gathered in the United Arab Emirates on Sunday, where production of hydrocarbons remains a key driver of the economy. Guterres is calling on governments to stop building new coal plants by 2020, cut greenhouse emissions by 45 percent over the next decade and overhauling fossil fuel-driven economies with new technologies like solar and wind. The world, he said, "is facing a grave climate emergency." In remarks at a summit in Abu Dhabi, he painted a grim picture of how rapidly climate change is advancing, saying it is outpacing efforts to address it. He lauded the Paris climate accord, but said even if its promises are fully met, the world still faces what he described as a catastrophic 3-degree temperature rise by the end of the century.

Last year, when the Trump administration was still trying to entice the Palestinians into peace talks with Israel through cooperation rather than coercion, it encouraged the two sides to team up on small-scale infrastructure projects as a way to rebuild trust while improving conditions in the here-and-now. Deep in the Negev Desert, a group of Israeli and Palestinian civilians did just that. They hammered out creative ways to bring solar power, sewage treatment and clean water to the impoverished Gaza Strip, where the lights are out more than they are on, the aquifers are befouled, and raw sewage has been pouring into the Mediterranean -- sometimes overwhelming a nearby Israeli desalination plant with pollution. Their plans were aimed at creating jobs, improving public health and, above all, sustaining hope in a place where that is in short supply. But in the time it took them to see to the nuts and bolts -- business plans, site selection, Israeli military approvals, and the hiring of engineers and workers in Gaza -- the political context changed radically.