The Indian government has announced it is allocating 100 billion rupees ($1.43 billion) for its first manned space mission, set to be launched by 2022. "Today the Cabinet has given the go-ahead to the Indian Human Space Flight Initiative," Information Technology Minister of India Ravi Shankar Prasad told reporters in New Delhi on Friday. "We will send a 3-member crew for 7 days into space. We are aiming to complete the pilot initiative within 40 months from now," he added. New Delhi is aiming to expand the country's influence in the competitive $300bn global space industry.

Indian Prime Minister Narendra Modi announced the country will attempt to launch its first manned space mission by 2022. Modi made the announcement during a speech commemorating India's Independence Day on Wednesday. "India will send into space - a man or a woman - by 2022, before that if possible," Modi said. India would be the fourth country to put a human in space using its own national space programme if it succeeds. Russia, the United States, and China are the only countries that have so far successfully done so.

"It is high time we ensure that the poor of India get access to good quality and affordable healthcare," Modi said in an address from the ramparts of the Mughal-era Red Fort in Delhi in India's 72nd year of independence. 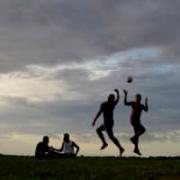 NEW DELHI - India is looking to take a giant leap in its space program and solidify its place among the world's spacefaring nations with its second unmanned mission to the moon, this one aimed at landing a rover near the unexplored south pole. The Indian Space Research Organization plans to launch a spacecraft using homegrown technology on Monday, and it is scheduled to touch down on the moon Sept. 6 or 7. The $141 million Chandrayaan-2 mission will analyze minerals, map the moon's surface and search for water. It will "boldly go where no country has ever gone before," ISRO said in a statement. With India poised to become the world's fifth-largest economy, the ardently nationalist government of Prime Minister Narendra Modi is keen to show off the country's prowess in security and technology.

India has launched an unmanned model space shuttle, joining the race to develop reusable spacecraft. The 7m scale model took off from Andhra Pradesh and was expected to fly about 70km (43 miles) into the atmosphere before coming down at sea. Since Nasa stopped its Space Shuttle programme in 2011, there has been strong international competition to design alternative reusable spacecraft. Such vehicles significantly cut the cost of space exploration. India has been putting substantial research and resources into its space programme.