BAGHDAD – The Iraqi government has told its military not to seek assistance from the U.S.-led coalition forces in operations against the Islamic State group, two senior Iraqi military officials said. The move comes amid a crisis of mistrust tainting U.S.-Iraq ties after an American strike killed a top Iranian general and Iraqi militia commander. Officially, the Iraqi military announced Jan. 30 that it and the coalition resumed joint military operations after a three-week halt. The pause was called amid soaring tensions following the Jan. 3 U.S. airstrike ordered by President Donald Trump that killed Iranian Gen. Qassem Soleimani and senior Iraqi militia leader Abu Mahdi al-Muhandis. But in practice, Iraqis are seeking to minimize coalition assistance against IS, based on government orders, two Iraqi military officials and one militia official said this week.

BAGHDAD – Iraq and Russia discussed prospects for deepening military coordination, Iraq's Defense Ministry said Thursday, amid a strain in Baghdad-Washington relations after a U.S. airstrike killed a top Iranian general inside Iraq. The ministry statement followed a meeting in Baghdad between Iraqi army chief of staff Lt. Gen. Othman Al-Ghanimi and Iraq's Russian Ambassador Maksim Maksimov, as well as a newly arrived defense attache. The meeting comes during an uncertain moment in the future of Iraq-U.S. military relations, following the Jan. 3 U .S. drone strike that killed Iran's most powerful military commander, Gen. Qassem Soleimani, and Iraqi senior militia leader Abu Mahdi al-Muhandis near Baghdad airport. The attack continues to create friction, prompting powerful Shiite parties to call for an overhaul of the existing strategic set-up between Iraq and the U.S.-led coalition. Al-Ghanimi praised Moscow's role in the battle against the Islamic State group, saying they had provided "our armed forces with advanced and effective equipment and weapons that had a major role in resolving many battles," according to the ministry statement.

He and other American military officials were dismissive of the Iraqi complaints given that Iraqi soldiers and police officers are often located on bases with Iranian-backed militias like Kataib Hezbollah. "I don't know whether the Iraqis are happy or unhappy," General McKenzie said. "These locations that we struck are clear locations of terrorist bases. If Iraqi military forces were there, I would say it's probably not a good idea to position yourself with Kataib Hezbollah in the wake of a strike that killed Americans and coalition members." General McKenzie also acknowledged that a weapons storage site at an airfield in Karbala had been destroyed. 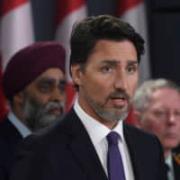 BEIRUT – In the span of weeks, Iraqis watched with deepening anxiety as their country, long the site of proxy fighting between Iran-backed militias and U.S. forces, has turned into an open battlefield. The tit-for-tat violence was set off when a rocket attack by Iran-backed militia group Kataeb Hezbollah, or Hezbollah brigades, caused the death of an American contractor and culminated with the U.S. striking a road near Baghdad International Airport killing a top Iranian general. Iran responded by firing over a dozen missiles at two Iraqi military bases that house American troops in retaliation. The brazen attacks infuriated Iraqis from top officials to the street who condemned them on Wednesday as blatantly disregarding Iraq's independence, calling on clashing parties not use Iraqi soil to settle scores. Hours later, U.S. President Donald Trump said Iran "appears to be standing down," in a sign that both parties were relaxing aggressive postures and stepping away from escalating violence.