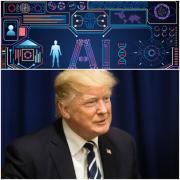 The AI Organization used numerous algorithms to achieve an AI based prediction of a digital map of what the world will look like if President Trump is impeached and removed from office. The algorithms achieved a 93% predictability result on more than 1,000 simulated scenarios. The score never dropped to below an average of 93%, even after inputting digital codes built into Google and Baidu via Chinese influence and corporate mandates that were against the U.S and the Trump Administration. This digital report and the A.I. algorithms used the Geo-Political infrastructure and connected it with health, military, the intelligence community, human rights, safety of the U.S and the world at large. These algorithms involve the entire human race. 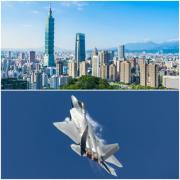 A few steps remain for China's plans for a military expansion into Taiwan with the incorporation of an AI Digital Brain that can connect to the 5G network to power drones, machines, robotics, surveillance systems, and total control of the Taiwanese people. Through IP theft, forced tech transfers, espionage, social engineering, open-source sharing, collaborations, investments, and mergers, China's government has put their tentacles into every country, and every domain and sphere that incorporates trade, and human existence. China's moves against Taiwan and the West links Chip Makers (TSMC) for AI guided Weapons that interconnect Huawei, Baidu, Megvii Face, Sensetime, and numerous tech companies. These tech companies interlink with social engineering of U.S democratic politicians, the penetration of KMT by Chinese and Taiwanese implants, with the laying of the massive groundwork to control Taiwan with AI automated drones, robotics & smart cities on the 5G network. This interconnection includes soft power initiative's at a global level to social engineer reporters, media, politicians, corporate tech leaders and the Chinese citizens to imprint a mental impression that China's 70 year track record of concentration camps, one party system, torture, rape, and Orwellian surveillance, will not transfer over to worldwide Chinese subjugation of humanity.

Face Value: Future of Facial Recognition in US and China

Facial recognition is a multi-billion dollar business in China, not to mention a key component of the government's sprawling surveillance ambitions. The New York Times reported in late July that investors collectively poured more than a billion dollars into the Chinese companies SenseTime and Megvii, both of which are leaders in facial recognition and artificial intelligence (AI), adding to their already sky-high valuations. SenseTime is "the world's highest-valued AI company," according to TechCrunch. It has received investments from Alibaba, Qualcomm, and other high-profile names, and has partnerships with the Chinese government and with globally recognized brands. Megvii is looking to expand its business into Southeast Asian countries Thailand and Malaysia, as well.

"China can Enslave Humanity with Artificial Intelligence, Robotics & Drones on 5G Network," says The AI Organization What are the inter-connections between AI, U.S, China, Big Tech and the world's use of Facial Recognition, Bio-Metrics, Drones, Smart Phones, Smart Cities, IoT, VR, Mixed Reality, 5G, Robotics, Cybernetics, & Bio-Digital Social Programming? The book will cover present, emerging and future threats of Artificial Intelligence with Big Tech, including technology that can be used for assassination or to control humanity's ability to have free formed thoughts without AI Bio-Digital Social Programming. The book will cover Cyborgs, Super Intelligence and how it can form, and in what ways it can travel undetected through The AI Global Network as it connects with the internet and the Human Bio-Digital Network. Over 50 Companies and Organizations are discussed, such as Huawei, Facebook, Nearalink, Google, Baidu, Megvii Face, and Alibaba. This book takes the reader in a simple way to understand what is Artificial Intelligence, and step by step, it takes the average reader through a process to understand very difficult concepts in a simplistic way.