Getting Started with the Intel Edison

The Internet of Things is rapidly gaining interest, and that has fueled the development of the Edison. In this book we will help you get up-to-speed with the Edison, by installing the software both on the Edison as well as on your Windows PC. We will use the Edison Arduino break-out board because it is easy to work with. We will discuss Linux, Arduino C and Python, and show examples of how the Edison can interface with other hardware. We will use Wi-Fi and Bluetooth to set up wireless connections, and show you a trick to program sketches over Wi-Fi.

The Intel Edison is an ultra small computing platform that will change the way you look at embedded electronics. Each Edison is packed with a huge amount of tech goodies into a tiny package while still providing the same robust strength of your go-to single board computer. Powered by the Intel AtomTM SoC dual-core CPU and including an integrated WiFi, Bluetooth LE, and a 70-pin connector to attach a veritable slew of shield-like "Blocks" which can be stacked on top of each other. It's no wonder how this little guy is lowering the barrier of entry on the world of electronics! The Console Block is one of the simplest ways to power and communicate with an Intel Edison. 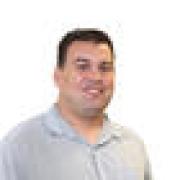 It has taken just two matches for the Marina High girls' soccer team to turn the Sunset League standings upside down. 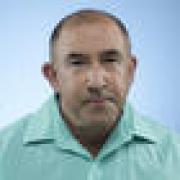 Edison is moving forward on hiring a new coach to replace the retiring Dave White. Two former Edison football players, Jeff Grady and Mike Ogas, are considered among the top candidates. Grady, a former quarterback, has been an assistant coach at Santa Margarita. Ogas is the head coach at Anaheim Canyon. An announcement is expected by the end of the month.

There's little doubt at this point that electric cars are the future, but how do you get to that future as quickly as possible? In a Reuters interview, Ford's Sherif Marakby says the company has created "Team Edison," a group focused on speeding up the worldwide development of electric vehicles -- including by forming partnerships with suppliers and other companies. The aim is to "look holistically" at the EV space and "make quicker" decisions to keep pace with the development of EV technology. The team will mainly operate out of Ford's home turf in Detroit, but it'll work with EV teams in China and Europe. It's too soon to say whether or not Team Edison will help, but Ford has already been putting its money where its mouth is: it's expanding its EV lineup, and previously earmarked $4.5 billion in related spending over the next 5 years.