Frank Ocean is headed toward his first No. 1 album with 'Blonde' 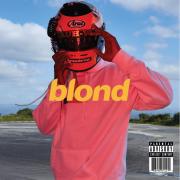 After a whirlwind, unconventional release, Frank Ocean's new album is coasting toward the top of the charts. "Blonde," the follow-up to the enigmatic singer's critically acclaimed and Grammy-winning major label debut, "Channel Orange," is expected to debut at No. 1 on the Billboard 200 -- a first for Ocean. Released Saturday exclusively to Apple Music and available for purchase through the iTunes store, the album is projected to debut with 225,000 to 250,000 equivalent albums, Billboard reported late Monday. The arrival of "Blonde" (also stylized as "blond") followed a rollout that kept fans guessing. In April 2015, Ocean announced that he had completed an album, to be called "Boys Don't Cry," and his reps confirmed the album and an accompanying publication would arrive in July of that year.

Frank Ocean has released "Blonde," his second album in as many days, turning the enigmatic R&B crooner's comeback into both a test of endurance and an ambitious reworking of the album release. After weeks of rumors, the singer on Saturday released "Blonde," the official follow-up to his heralded, Grammy-winning 2012 major-label debut, "Channel Orange." The 17-track LP is available exclusively to Apple Music streaming subscribers, with one exception: Copies of the work accompanied a free print publication titled "Boys Don't Cry" at pop-up shops in cities including New York, Chicago, London and Los Angeles (on Fairfax Avenue). Dozens of pop music heavyweights are credited on the album including Andre 3000, Beyoncé, James Blake, Jamie XX, Kanye West, Kendrick Lamar, Malay, Om'Mas Keith, Tyler the Creator, Rick Rubin and Pharrell Williams. David Bowie, Elliott Smith and the Beatles are also credited as contributors, though it is unclear if Ocean is crediting samples or if he got his hands on unreleased recordings.

Despite making his fans wait four long years without any new music, people have easily forgiven American singer and songwriter Frank Ocean because his new album "Blonde" has swept everybody away. "Blonde" has 17 tracks and quite the list of contributors, which include Beyoncé, David Bowie, Kanye West and Kendrick Lamar, according to CNN. The album was released on Saturday, just days after he debuted a visual album called "Endless," which included 12 songs and interludes as long as 45 minutes. For the visual album, he collaborated with R&B singer Jazmine Sullivan, Radiohead's Jonny Greenwood and British artist James Blake. The surprise release of "Blonde" took Twitter by storm, and Ocean's loyal fans showered his new music with superlatives.

So much about Frank Ocean's gripping new album, "Blonde," seems to put it in line with recent high-profile records by Beyoncé, Rihanna and Kanye West, from its short-notice release to its limited availability to its expansive roster of collaborators. Push beyond the branding strategy, though, and actually listen to "Blonde" -- which appeared in physical form Saturday at pop-up shops in four cities and can now be streamed or downloaded only through iTunes and Apple Music -- and you quickly realize how different the R&B singer's project is from "Lemonade," "Anti" and "The Life of Pablo." Where those earlier albums seemed to take in as much of pop music as possible -- to use every sound and texture at the disposal of today's Internet-equipped creator -- "Blonde" is rigorously contained, almost ascetic in its clean-lined minimalism. One song is even called "Self Control." Many of the 17 tracks feature Ocean's sturdy but yearning voice over acoustic or undistorted electric guitar; others add keyboards, strings or programmed beats but avoid the layered density that defines virtually everything on the radio -- and that's despite a crowded credits list that includes Beyoncé, West, Kendrick Lamar, Rick Rubin, Jonny Greenwood of Radiohead and the Beatles (from whom Ocean borrows a bit of "Here, There and Everywhere" at the end of his "White Ferrari").

In Frank Ocean's zine, Boys Don't Cry, he frames Blond(e) as a revisionist history of his youth -- one he spent dreaming of a life a lot like the one he actually has now, head resting on tear-soaked pillowcases. "Every day shit, every night shit," he gently sings throughout the track, speaking on work shifts, the grind for money and the relationships with oneself and others that build and fall from that hustle. To have the largest pop star in the world play a supporting role is a testament to the amount of control Ocean exercises over his work, a process that dragged the rollout of the album and culminated into an expansive multimedia release. The track is produced by Pharrell Williams, who also worked on "Sweet Life" on Ocean's previous studio album, Channel Orange.