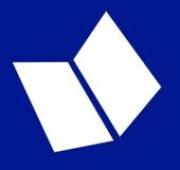 Word began leaking last week that Microsoft laid off the Microsoft Press team. And indeed, as IT Unity's Tony Redmond blogged on July 17, that is the case. Though Microsoft officials aren't providing many specifics, they are confirming there were cuts via this rather vague statement from a spokesperson: I've heard from a couple of my contacts that the "entire Microsoft Press team" (minus one remaining person charged with working with outside suppliers) totaled six people. Microsoft officials wouldn't confirm how many individuals were cut when I asked. Schools will often equip the classroom -- but forget to train the teacher.

Microsoft's first Xbox 20/20 stream, which will showcase gameplay from upcoming third-party Xbox Series X games, starts at 11AM ET. You can watch the entire Inside Xbox live stream below or follow along as we write about the latest news to come out of the event. As for what you can expect to see, we know Ubisoft will share footage of Assassin's Creed Vahalla in action. Beyond that, Head of Xbox Phil Spencer tweeted the company will show off several brand new games, from "studios large and small," during the stream. That said, don't expect to see any first-party gameplay reveals; Microsoft plans to show games like Halo Infinite later this year.

Cisco Talos researchers have set out the exploit workflow used for the Adobe Flash zero-day.

While the event name is pretty cryptic, Microsoft's event on Wednesday will certainly reveal some major updates to the Windows 10 and the company's lineup of Surface devices, and likely much more. If you want in on the action, we got you covered. The New York event starts at 10 a.m. Eastern Time, but if you didn't get an invite, you can watch the proceedings unfold below. You can always watch at Microsoft's website. 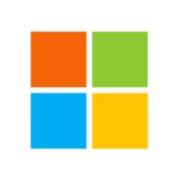 Last year, more than 18,000 people across 400 cities and 75 countries came together to bring world-changing new ideas to life at Microsoft's annual Hackathon, now celebrating its fifth, and busiest, year.