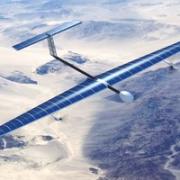 KC Sealock had not taken a standardized test since college. But here he was at 39 years old, long black beard flecked with grey, sitting in front of a computer at Jacksonville, Florida's Herlong Air Field, with a proctor peering on from behind a glass door. He spent two hours clicking at multiple choice questions about latitudes and longitudes, Class C airspace regulations, wing load factors, and more--60 in all. Finally, Sealock hovered his mouse hovered over the submit button. "I didn't know if I wanted to click," he says.

Legislation passed by the U.S. Senate could pave the way for the commercial deployment of drones in the national airspace, besides addressing safety issues by, for example, providing for a pilot that would find ways to lock down errant drones if they are close to airports. The new rules in the Federal Aviation Administration Reauthorization Act of 2016, passed Tuesday by a vote of 95-3, reflect the opportunities seen in the country for the use of drones both for commercial and other applications such as in emergencies. They also highlight privacy and safety concerns about the reckless use of consumer drones by hobbyists. Referring to an object, believed to be a drone, hitting a British Airways plane landing in Heathrow airport on Sunday, Senator Bill Nelson, a Democrat from Florida, said that if a drone is sucked into a jet engine, it could certainly render the engine inoperable and might start an explosion. The current bill proposes a pilot program to develop and test technologies to intercept or shut down drones when they are near airports.

Commercial drones are shaping and changing many industries around the world and the commercial drone space is rapidly growing, but there are still many challenges to overcome and gaps in the ecosystem to enable drones to be used at scale for jobs that were previously too dangerous, costly or difficult, and applications yet to be imagined. The Commercial Drone Fund was established to support businesses that are developing technologies and services that are critical to scaling the use of commercial drones across a variety of applications.

Last year, Yuneec announced an SDK for its six-rotor commercial UAV, the H520. That drone has thermal capabilities as well, but that developer's kit was strictly software-based, unlike DJI's, which integrates third-party hardware. If other drone companies want to catch up to DJI, they have a lot of ground to make up. Reports put the company's total market share in North America at 50 percent, which includes the sub-$500 drone segment in which smaller, toy-like crafts do huge volume. DJI also just signed a deal with Japanese construction firm Komatsu to create a fleet of drones running a custom machine-learning software.

Last year, the Federal Aviation Administration (FAA) released its requirements for flying drones that weigh under 55 pounds. The rules state that the pilot must keep the drone in sight at all times, not exceed 100 miles per hour, and operate the drone only during daylight hours. Pilots must also report accidents that result in an injury. While the list of rules for operating a drone is long and detailed (read the whole thing here), the requirements for becoming a drone pilot are relatively simple. You need to be at least 16 years old.