Uber drivers, freelancers and other independent contractors are getting a tax cut 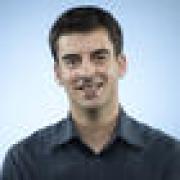 The new tax law delivers a massive tax cut for corporations. Republicans sold the plan in part with the argument -- heavily disputed by critics -- that lower business taxes would trickle down through higher wages and be a boon to the middle class.

Tax Law Offers a Carrot to Gig Workers. But It May Have Costs.

The provision may also turn out to be a boon for employers who are trying to reduce their payroll costs. Workers hired as contractors, who tend to be cheaper, may be less likely to complain about their status under the new tax law.

A federal judge Thursday approved a $27 million settlement in a class-action lawsuit between over 200,000 current and former drivers, and ride-hailing company Lyft Inc. The approval ended a legal case that challenged the independent contractor status of Lyft's drivers, Reuters reported. According to the settlement, drivers are independent contractors whose employment cannot be terminated by Lyft at its will, as was the case earlier. Now, the company will need to cite specific reasons for firing drivers, or give them prior notice and the time to address concerns. As independent contractors, drivers are not entitled to minimum wage, overtime, health insurance, workers' compensation, unemployment, proof of employment, or lower taxes, according to Reuters.

To the editor: I am a lawyer who represents many low-wage workers unlawfully classified as independent contractors. Carpenters, strippers and dog walkers now face that question," Feb. 23) Employee status is not incompatible with flexibility, choice or innovation. The California Supreme Court's Dynamex decision does not mandate a set schedule, an end to worker autonomy or a stifling of creativity. This is a false narrative advanced by business owners who have passed the true costs of employment off their books and onto workers and society. Being an employee matters when you are injured or disabled on the job, or harassed or discriminated against.