For centuries, scientists who have dedicated their lives to studying the human brain have attempted to unlock its mysteries. The role the brain plays in human personality -- as well as the myriad of disorders and conditions that come along with it -- is often difficult to study because studying the organ while it's still functioning in a human body is complicated. Now, researchers at The Allen Institute for Brain Science have introduced a new tool that could make such study a whole lot easier: functioning virtual brain cells. The fully 3D computer models of living human brain tissue are based on actual brain samples that were left over after surgery, and present what could be the most powerful testbed for studying the human brain ever created. The samples used to construct the virtual models was healthy tissue that was removed during brain operations, and represents parts of the brain that are typically associated with thoughts and consciousness, as well as memory.

Putting bigger brains down to our social nature is half-baked

In the past two million years, humans have experienced a massive increase in brain size, one not seen in any other species. This rapid evolution gave us brains roughly triple the volume of those of our pre-human ancestors. But the intelligence we enjoy as a result would seem to be advantageous for all sorts of species, not just us. So why was ours the only line to go down this route? The social brain hypothesis was a popular answer. 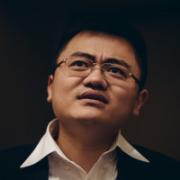 In Melbourne, Australia, Stefan Harrer is running an artificial software brain atop an artificial hardware brain in an effort to analyze a brain that isn't artificial at all. Ultimately, he and his colleagues envision merging these three brains together so that the artificial can augment the real.

Brain genes hint at why Zika doesn't always cause microcephaly

Just one in 10 babies exposed to the Zika virus during pregnancy get the brain damage that causes microcephaly – abnormally small heads. Now there's a first clue about what stops this from happening in the rest – their gene activity. Blood samples were taken from three pairs of non-identical twins in Brazil. In each of these pairs, one baby had brain damage and the other didn't. Stem cells were then made from their blood cells, and matured into brain cells, allowing researchers to see how the brain cells …

Another year begins, and another science fiction concept is becoming science fact. If that sounds incredible, consider that it's already happened in studies with rats and monkeys, and in a limited way with humans as well. None of the studies have quite accomplished mind reading, but they have bridged the chasm between brains in a way that didn't seem possible until now. The most notable non-invasive study involving humans, so far, showed that people sitting in different rooms can play a simple computer game together by using equipment that enables each person to "communicate" information via brain waves. It was a basic test of the theory, but it worked, and it demonstrates what's possible as the technology advances.