U.S. Immigration and Customs Enforcement's enforcement and removal operations, like the five-person field office team outside Richmond, hunt people in the U.S. illegally, some of whom have been here for decades, working and raising families. Under President Donald Trump, who has pushed hardline immigration policies, ICE has been exposed to unprecedented public scrutiny and criticism, even though officers say they're doing the same job they did before the election -- enforcing U.S. laws that were on the books long before 2016 and prioritizing criminals.

PHOENIX – To build his highly touted deportation force, President Donald Trump is reviving a long-standing program that deputizes local officers to enforce federal immigration law. The program received scant attention during a week in which Trump announced plans to build a border wall, hire thousands more federal agents and impose restrictions on refugees from Middle Eastern countries. But the program could end up having a significant impact on immigration enforcement around the country, despite falling out of favor in recent years amid complaints that it promotes racial profiling. More than 60 police and sheriff's agencies had the special authority as of 2009, applying for it as the nation's immigration debate was heating up. Since then, the number has been halved and the effort scaled back as federal agents ramped up other enforcement programs and amid complaints officers weren't focusing on the goal of catching violent offenders and instead arrested immigrants for minor violations, like driving with broken tail lights.

Fine, let the 'Dreamers' stay -- but only if it's followed up with strict immigration enforcement 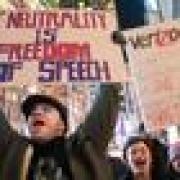 To the editor: Considering that polls indicate most Americans agree with law professor Hiroshi Motomura's assertion that the "Dreamers" who qualified under the Deferred Action for Childhood Arrivals program contribute so much to our society, perhaps they should be granted permanent legal status.

This New Form of Parking Enforcement Sucks. Like, Actually Sucks 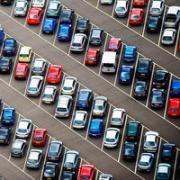 Returning to your car to find a ticket tucked under the wiper sucks. So imagine how you'd feel finding a six square foot block of yellow plastic splayed across your windshield, rendering it impossible to see a thing. The people who made this contraption, called the Barnacle, think you'd feel pretty OK--at least compared to how you'd feel finding one of those infernal boots clamped to the wheel. "With a boot, even in the best case scenario, it's an hour before someone can come and remove it," says Kevin Dougherty, president of Barnacle Parking Enforcement. Dougherty developed the Barnacle to overcome all the horrible things about the wheel clamps, also known as a wheel boot, a Denver boot, and any combination of expletives.

In this Tuesday, Feb. 7, 2017, photo released by U.S. Immigration and Customs Enforcement shows foreign nationals being arrested this week during a targeted enforcement operation conducted by U.S. Immigration and Customs Enforcement (ICE) aimed at immigration fugitives, re-entrants and at-large criminal aliens in Los Angeles. Immigrant advocates on Friday, Feb. 10, 2017, decried a series of arrests that federal deportation agents said aimed to round up criminals in Southern California but they believe mark a shift in enforcement under the Trump administration.