6 New Albums We Insist You Listen to Immediately

Admittedly, Blonde (Blond?) should've been on our must-play list in August, but since Frank Ocean decided to surprise-drop this one on a random Saturday last month, we're including it here. We're also including it here because to ignore what will likely be one of the best albums of the year would be criminal. Ocean has always lived on the edges of contemporary pop/R&B, but with his latest, he's proving he's a genre unto himself. On Blonde, ethereal beats meet lush melodies and lyrics that cover everything from romantic sacrifice ("Siegfried") to the aftermath of Hurricane Katrina ("Pink White" and "Nights"). The album has a huge host of contributors (only Ocean can get Beyoncé to sing back up), but this is a pure Ocean album, through and through.

The title Endless is likely a cheeky reference to the interminable wait for the new album. Ocean announced that he was working on new music in early 2013, and in April 2014 he hinted that his next album was almost finished. We didn't hear much after that, but cryptic posts from the artist kept fans eager. Indeed, the anticipation built to the point where Ocean's inability to deliver has become an internet meme. In July, he posted yet another mysterious message in the form of an overdue library card, which implied the album would be coming that month.

You Can Finally Hear (and Watch) a New Frank Ocean Album 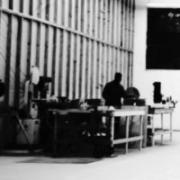 In the four years since the release of Ocean's Grammy-winning, happy-making Channel Orange, the 28-year-old singer-songwriter has been teasing us with promises (and more promises…and more promises) of new music. There have been cryptic missives, some intriguing video clues, at least one fake-out release date--all revolving around an album that was rumored to be titled Boys Don't Cry. But it wasn't until Thursday night that we finally got a drop of the Ocean, courtesy of Endless, a 45-minute, 18-track "visual album" available exclusively through Apple Music. It's a part of the new visual album trend spearheaded by Beyoncé's "Lemonade" earlier this year. Directed by Ocean himself, and shot in crisp black and white, Endless is a single-location, slow-building narrative that finds the singer working out of a massive warehouse, putting together what turns out to be a giant wooden staircase.

Drake does the chart double

Drake has scored a number one double bill - topping both the UK single and album chart. His latest album, Reviews, has knocked Beyonce's Lemonade off the top, pushing it into second place. Billy Ocean and Travis both have new entries in the top five. Drake's One Dance remained top of the singles chart, while Calvin Harris and Rihanna's track This is What You Came For was a new entry at number two. There were no other new entries in the whole of the top 40 singles chart.

FILE- In this Feb. 10, 2013, file photo, Frank Ocean performs on stage at the 55th annual Grammy Awards in Los Angeles. Ocean's 17-track album "Blonde" was released on Saturday, Aug. 20, 2016, on Apple Music, one day after the R&B singer released a 45-minute "visual album" on the streaming service.