OpenAI will use Microsoft's cloud, as Azure gains more features

Microsoft's continued investment in artificial intelligence and machine learning technology is paying dividends. The company has partnered with OpenAI, a non-profit company founded earlier this year to advance the field of machine intelligence for the benefit of humanity. As part of the deal, announced Tuesday, OpenAI will use Microsoft Azure as its primary cloud provider, an important win for Microsoft as it competes with the likes of Amazon, Google, and IBM to power the next generation of intelligent applications. OpenAI is backed by the likes of Tesla CEO Elon Musk, controversial investor Peter Thiel, LinkedIn co-founder Reid Hoffman, and Y Combinator Partner Jessica Livingston. On top of that, Microsoft also launched a set of cloud services all aimed at furthering intelligent applications. 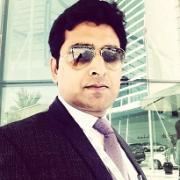 The convergence of major trends in the digital landscape is a phenomenon that redefines the future of the IT industry. However, these changes must be embraced with agility and diligence. Artificial Intelligence or AI is the most intriguing development ever made in this field. It is a vast concept that involves many disruptive technologies including machine learning. Now, the researchers are eyeing an iconic change to evolve by the combination of big data and AI.

The Internet of Things (IoT) is conquering the world. At the center of networking the devices are Big Data, which brings in one of the challenges to IoT. It is becoming increasingly important to process data as early as possible. "The amount of data related to the Internet of Things is enormous – they have to be filtered. A processing directly in the device is already often more efficient.

How the Intersect of the Internet of Things (IoT), AI and Cloud Computing will Disrupt Everything

The Internet of Things (IoT), Artificial Intelligence (AI) and cloud computing are three technologies that are converging to disrupt nearly every industry. IoT refers to a connected network of objects embedded with technology that enables the collection and exchange of data. Cloud computing is the storing and retrieval of data, and accessing application programs via the Internet. Artificial Intelligence is the simulation of human intelligence by machines. We are currently in the midst of the rise of the first wave of this technological convergence.

Tableau announces 'smart' features, but will it be enough to fend off the competition?

Tableau Software just replaced its CEO after a few rocky quarters on Wall Street, but that didn't seem to faze the enthusiastic crowd of 13,000-plus customers gathered at last week's Tableau Conference in Austin, Texas. Customers shared their love for the software, whooping and clapping about cool new features demoed during the popular "Devs on Stage" keynote. Why the change in leadership given customer satisfaction levels and continued double-digit growth? Hover-over insights, shown inset in blue, will bring instant analysis to Tableau that goes beyond showing the details when you mouse over a data point. Tableau broke its coming attractions into five categories: Visual Analytics, Data Engine, Data Management, Cloud and Collaboration.