Why: There's no better place to plot your Santa Barbara wine country adventure and -- if you're a carnivore -- sample steaks cooked Santa Maria style, over oak. What: If you've seen the 2004 movie "Sideways," you might recognize this spot, a Buellton fixture since 1986. Besides a formidable list of local wines, the Hitching Post II features a long list of steaks, cooking according to Ostini family custom. And outside, sprinkled between the horse farms and country-gentleman estates, more than 100 wineries and tasting rooms await. The region's wine boosters have organized nine routes for tasting that include Solvang, Buellton, Lompoc, Santa Ynez, Santa Maria, Los Olivos, Foxen Canyon and the Santa Rita Hills.

How an important Central Coast vineyard fought off the Alamo fire

Two of the current wildfire season's biggest blazes, the Alamo and Whittier fires, have ravaged tens of thousands of acres in California's Central Coast region, in San Luis Obispo and Santa Barbara Counties, respectively. And the Alamo fire, after a day burning out of control, turned abruptly south toward the Santa Maria Valley, threatening one of the oldest and most venerated vineyards in the state, Bien Nacido Vineyard, as well as its famous tenants, Au Bon Climat and Qupé wineries. Both were spared, but a vineyard adjacent to them, North Canyon, wasn't as lucky. Bien Nacido's benches and hillsides are planted with more than 800 acres of vine grapes and contain orchards, pastureland and a number of outbuildings as well. Since 1989, it's also been the home to a sprawling corrugated winery facility housing Qupé and Au Bon Climat, on the north end of the property.

Homes in Lompoc, Santa Barbara and Solvang for around $750,000 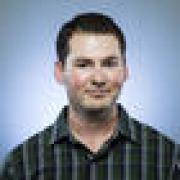 How much house does around $750,000 buy in the Santa Barbara County housing market? In Lompoc, a recently built four-bedroom; in Santa Barbara, a downtown-area cottage; and in Solvang, an updated ranch-style home. LOMPOC: An updated kitchen and master bathroom are among features of this three-bedroom on more than a quarter-acre lot. About the area: In the 93436 ZIP Code, based on 45 sales, the median sales price for single-family homes in December was $333,000, up 12.7% year over year, according to CoreLogic. SANTA BARBARA: This single-story bungalow, built in 1928, retains its original fixtures and built-ins while incorporating a new-look kitchen and hardwood floors.

Sneak off to Jalama for a burger and some coastal solitude

The California Bucket List is your daily guide to essential California adventures, from easy to edgy. Check in every day for a new must-do adventure, each tried and tested by one of the Travel section's staffers and contributors. What: To reach Jalama Beach County Park, you follow a twisting, two-lane highway from Lompoc to the edge of the continent and confront a horizon full of rough surf and raw, windy coastline. This campground (better for beachcombing than swimming) feels solitary, but there's a general store where they'll make you a Jalama Burger (carnivores, say yes) and sell you firewood or groceries or beer. There are 109 campsites, some cabins, hot showers, a playground and a set of railroad tracks.