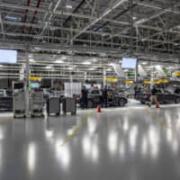 WASHINGTON - Ten billion here, ten billion there: President Donald Trump's escalating tariffs on imports to the United States have begun to amount to serious money -- and potentially to imperil one of the most resilient economies in American history. Until now, the economy has largely shrugged off damage from Trump's trade wars. Even as the self-proclaimed Tariff Man piled import taxes on everything from Turkish steel to Canadian aluminum to Chinese burglar alarms, the job market has remained sturdy, with unemployment (3.6 at its lowest point in a half-century. In July, the expansion that followed the Great Recession will become the longest on records dating to 1854. But over the past month, Trump has made a higher-stakes gamble on the economy's durability. 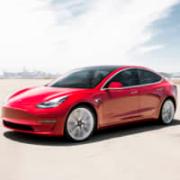 WASHINGTON – President Donald Trump signed a trade agreement Wednesday with China that is expected to boost exports from U.S. farmers and manufacturers and is aimed at lowering tensions in a long-running dispute between the economic powers. Trump said during a White House ceremony that the deal is "righting the wrongs of the past." He promoted the signing as a way of delivering economic justice for American workers and said, "We mark a sea change in international trade" with the signing. Chinese leader Xi Jinping, in a letter to Trump that was read by Beijing's chief negotiator, Liu He, said concluding the first phase of the trade deal was "good for China, the U.S. and for the whole world" But the "Phase 1" trade agreement would do little to force China to make the major economic changes such as reducing unfair subsidies for its own companies that the Trump administration sought when it started the trade war by imposing tariffs on Chinese imports in July 2018. The White House ceremony gave Trump a chance to cite progress on a top economic priority on the same day that the House prepared to vote to send articles of impeachment to the Senate for a trial.

US, China put brakes on their trade dispute with ceasefire

President Donald Trump, center, and Treasury Secretary Steve Mnuchin, second from the right, listen to remarks by China's President Xi Jinping during a bilateral meeting at the G20 Summit, Saturday, Dec. 1, 2018 in Buenos Aires, Argentina. BUENOS AIRES, Argentina – The United States and China reached a 90-day ceasefire in a trade dispute that has rattled financial markets and threatened world economic growth. The breakthrough came after a dinner meeting between President Donald Trump and Chinese leader Xi Jinping at the Group of 20 summit in Buenos Aires. Trump agreed to hold off on plans to raise tariffs Jan. 1 on $200 billion in Chinese goods. The Chinese agreed to buy a "not yet agreed upon, but very substantial amount of agricultural, energy, industrial" and other products from the United States to reduce America's huge trade deficit with China, the White House said.

Thanks to Trump, China's economy is rapidly decelerating -- Here's what could happen next

A spokesman for China says they remain on equal footing as the U.S. to come to an agreement; Edward Lawrence reports from the White House. President Trump is exposing China's economic vulnerability, showing that the communist nation cannot maintain its rapid growth without it patently unfair mercantilist trade policies. The Chinese government recently announced that its GDP growth for 2018 of only 6.6 percent – the country's slowest rate of economic development since 1990. Growth in the fourth quarter declined to 6.4 percent. For the second half of 2018, Chinese investment, consumer spending, manufacturing and exports all slowed markedly with the current trade war with the U.S. hurting China more than anticipated. 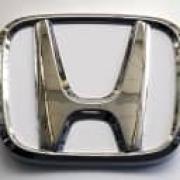 BEIJING/PALM BEACH, FLORIDA - U.S. President Donald Trump said on Friday that trade talks with China were going very well, but cautioned that he would not accept anything less than a "great deal" after top U.S. and Chinese trade officials wrapped up two days of negotiations in Beijing. Both sides reported progress in the talks and China also approved majority-owned brokerage joint ventures for U.S. bank JP Morgan Chase and Japan's Nomura, a step toward meeting U.S. demands for more access to China's financial services market. "The trade deal is going very well," Trump told reporters at his Mar-a-Lago resort in Florida. "It is a very comprehensive, very detailed enlisting of problems that we've had with China over the years," Trump said of the talks. "And it's going to have to be a great deal. If it's not a great deal, we can't do it."