A Pew Research Foundation study examining the future of work and job training found a belief among some experts that artificial intelligence and automation threaten not just millions of jobs, but also the future of capitalism. Released Wednesday, the non-scientific study titled "The Future of Jobs and Jobs Training" is the seventh in an eight-part "Future of the Internet" study being conducted by the Pew Research Center and Elon University. More than 1,400 AI researchers, tech experts, professors, startup CEOs, and members of the general public responded to the survey. Respondents include leaders from companies like Google and Microsoft and educators from MIT, Harvard, and other universities, as well as a mix of other people interested in AI and the future of work. Tech experts include computer scientists and AI researchers but also people from internet governance groups, futurists, and startup founders.

How to Prepare for an Automated Future

At universities, "people learn how to approach new things, ask questions and find answers, deal with new situations," wrote Uta Russmann, a professor of communications at the FHWien University of Applied Sciences in Vienna. "All this is needed to adjust to ongoing changes in work life. Special skills for a particular job will be learned on the job." Schools will also need to teach traits that machines can't yet easily replicate, like creativity, critical thinking, emotional intelligence, adaptability and collaboration. The problem, many respondents said, is that these are not necessarily easy to teach.

How to Prepare for an Automated Future 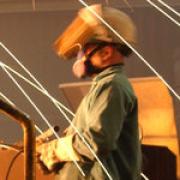 We don't know how quickly machines will displace people's jobs, or how many they'll take, but we know it's happening -- not just to factory workers but also to money managers, dermatologists and retail workers. The logical response seems to be to educate people differently, so they're prepared to work alongside the robots or do the jobs that machines can't. But how to do that, and whether training can outpace automation, are open questions. Pew Research Center and Elon University surveyed 1,408 people who work in technology and education to find out if they think new schooling will emerge in the next decade to successfully train workers for the future. Two-thirds said yes; the rest said no.

Are Degrees Losing Their Worth in Disruptive Job Market?

Pew Research Center's 2016 survey, The State of American Jobs, says 87% of workers believe they need to consistently upgrade and calibrate their skills to keep up with the changing market demands. Another study by the same group suggested a staggering 30% of respondents believe that present education institutions are not equipped to prepare the workforce for tomorrow. Respondents also said that the best education programs will prepare students to become lifelong learners. A common consensus is echoing in career corridors that a college degree is no more assurance of lifelong livelihood. The shelf-life of skills has shrunk to six years and it is still plunging.

Elon Pew Future of the Internet Survey Report: Impacts of AI, Robotics by 2025

Internet experts and highly engaged netizens participated in answering an eight-question survey fielded by Elon University and the Pew Internet Project from late November 2013 through early January 2014. Self-driving cars, intelligent digital agents that can act for you, and robots are advancing rapidly. Will networked, automated, artificial intelligence (AI) applications and robotic devices have displaced more jobs than they have created by 2025? Describe your expectation about the degree to which robots, digital agents, and AI tools will have disrupted white collar and blue collar jobs by 2025 and the social consequences emerging from that. Among the key themes emerging from 1,896 respondents' answers were: - Advances in technology may displace certain types of work, but historically they have been a net creator of jobs. This page holds the content of the survey report, which is an organized look at respondents elaborations derived from 250 single-spaced pages of responses from ...