FOR the past few months, a factory in China has been spitting out a new kind of smartphone. Inside each is an antenna that was 3D-printed directly onto the plastic housing. It doesn't sound like much, but this ability to print electronic components at the scale and speed required by the smartphone industry is new. It has the potential to usher in a world where sensors and electronics are embedded in everything around us. The technique was developed by a company called Optomec in Albuquerque, New Mexico.

You know 3D-printing has hit the big leagues when the military starts using the technology to produce weapons. Researchers at the U.S. Army Armament Research, Development, and Engineering Center last week announced the successful development and firing of a 3D-printed grenade from a 3D-printed grenade launcher. The grenade launcher, aptly named RAMBO (Rapid Additively Manufactured Ballistics Ordnance), was designed and developed as part of a collaborative effort between the Army Research, Development, and Engineering Command (RDECOM) and the U.S. Army Manufacturing Technology (ManTech) Program. Also involved was AmericaMakes, an accelerator program that brings together the best minds in additive manufacturing and 3D-printing technology. The RAMBO grenade launcher is comprised of 50 parts, and all of the components, except the springs and fasteners, were produced using 3D-printing.

I joined the company as an R&D Leader developing products supporting protein biological and vaccine production in mammalian and invertebrate cell lines. Lately, I explore emerging technologies and identify areas in which GE can contribute to the field. I also enjoy such activities as serving on the editorial advisory board for BioProcess International. "Like digital manufacturing in the parts and equipment world, digital biomanufacturing improves the manufacturing of biological products by using the newest computer-aided design and manufacturing technologies" As most are aware, 3D printing (or additive manufacturing) is the creation three-dimensional products by the computer controlled deposition, or solidification, of raw materials– such as by the fusion of powder grains. An intermediate technology is the 3D printing of many diverse constructs in medicine.

The first thing that hits you, the signal that this drab Michigan office building is a bit cooler than the average, is the smell. The acrid, metallic, plasticky, burning smell, the sort of odor that prompts the question: Is something that is really not supposed to be on fire on fire in here? No, no, says Dave Bolognino, who heads up General Motors' design fabrication division. In a changing auto industry, this is what innovation ("rapid iteration" in business speak) smells like. And that smell might be wafting to other parts of the company. 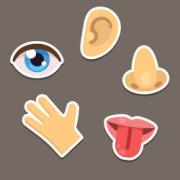 The advent of three-dimensional (3D) printing is already yielding benefits in many fields by improving the speed and efficiency of product development, prototyping, and manufacturing, while also enabling true on-off customization to suit individual needs. While this is certainly a boon for manufacturers, 3D printing holds even greater promise when considering the possibilities for creating body parts or tissues to replace or repair organs or limbs that have worn out, become damaged, or have been lost to due injury or disease. Indeed, significant ongoing research is being conducted at the university level into the use of 3D printing to create a variety of replacement parts for aspects of the human anatomy. Unlike standard two-dimensional printers that affix toner to sheets of paper, 3D printers create objects by putting down a layer of a powdered substrate, heating it to harden it, and then repeating the process, layer by layer, building the item up to create a completed object. The notion of using 3D printing (also known as additive manufacturing) to replace parts of the human body, a process known as bioprinting, was born out of a process initially developed 20 years ago, when surgeon Anthony Atala and his team at Boston Children's Hospital started to build novel tissues for regenerative medicine by hand.