Venture capital firm IDG Capital was the third lead investor in the funding, and the funds are slated for both research and production costs, Xiaopeng, also known as Xpeng, said in a release Monday. 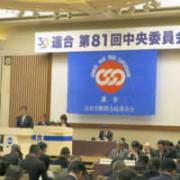 Maoyan Entertainment, China's biggest online movie ticketing platform, is seeking to raise as much as US$345 million in a Hong Kong initial … By target, the hottest sectors were tech, entertainment and culture, e-commerce, … as regulators relaxed restrictions on M&A and IPO approvals. Tencent and Alibaba, China's biggest tech groups and two of the country's most acquisitive buyers, have stepped on the brakes after a … Let's start with Honor, a sub-brand of Chinese tech giant Huawei, … with super low-cost phones made by Chinese tech giant TCL under the … China's push for technology self-reliance faces reality check, says … The problem is that a large proportion of suppliers in China's technology industry are foreign based, often with headquarters in Taiwan, South … Tencent Holdings, the largest video game publisher in the world and owner of China's top messaging app WeChat, made 163 investments in … China has been scrambling to catch up to the U.S. cloud computing … intelligence research and so-called "smart cities," which generate a lot of … As the trade war between China and the United States rumbles on, its focus has shifted from deficits and surpluses towards more technological .. The Alibaba effect: Chinese e-tailer tightens grip over 600m lives … It is also a world leader in technologies like artificial intelligence. Artificial Intelligence Is Powerful--And Misunderstood. The potential applications for AI are extremely exciting. World's most valuable AI startup SenseTime unveils self-driving center … Xiaomi Corp. will invest at least 10 billion yuan ($1.5 billion) on artificial intelligenceand smart devices over the next five years, as the … According to the Chinese media, the joint venture between Riot and Tencent will be established in Shanghai.

China now has 93 pilot projects involving self-driving cars and shared-driving services nationwide, according to KPMG LLP. Some auto-industry leaders warn that developers may be moving too quickly toward testing on public roads. "It has to be based on solid research--you can't just put some sensors on top of a car," Li Shufu, the chairman of auto maker Zhejiang Geely Holding Group Co., said at an autonomous-driving conference in Beijing on Wednesday. The government should intervene, Mr. Li said, and keep unqualified aspirants off the road. In January, it published a draft blueprint for the country's strategic development of autonomous driving as part of a broader plan to dominate the artificial-intelligence business.

China's Alibaba Group has been testing its own autonomous vehicle technology, the South China Morning Post reports, and is looking to hire an additional 50 self-driving vehicle experts. Alibaba's rivals Baidu and Tencent have also been working on autonomous technology and last month, Baidu received the go-ahead from the Chinese government to begin testing its technology on Beijing roads. Tencent reportedly sent one of its autonomous vehicles for a ride on a Beijing highway earlier this month. According to the South China Morning Post, which is owned by Alibaba, the company has been conducting regular road tests of self-driving vehicles and has the capability to perform open road trials. It's looking to develop Level 4 autonomous technology, meaning that under certain conditions, the car can operate on its own without human involvement.