IBM (NYSE: IBM) today revealed a series of new servers designed to help propel cognitive workloads and to drive greater data center efficiency. Featuring a new chip, the Linux-based lineup incorporates innovations from the OpenPOWER community that deliver higher levels of performance and greater computing efficiency than available on any x86-based server. Collaboratively developed with some of the world's leading technology companies, the new Power Systems are uniquely designed to propel artificial intelligence, deep learning, high performance data analytics and other compute-heavy workloads, which can help businesses and cloud service providers save money on data center costs. The three new systems are an expansion of IBM's Linux server portfolio comprised of IBM's specialized line of servers co-developed with fellow members of the OpenPOWER Foundation. The new servers join the Power Systems LC lineup that is designed to outperform x86-based servers on a variety of data-intensive workloads.

Global awareness of data privacy and its implications is improving, not least due to a spate of high profile image hacks. But this has been slow to translate directly into changed behaviour, as in many instances there has been no alternative to storing and archiving images other than on global online services, where data can be mined, hacked and shared. Pimloc, which intends to provide that alternative, was founded in March this year by serial entrepreneur Simon Randall. The founding team includes some of the world's foremost thinkers in deep learning visual technology and computer vision application development across a range of fields. The firm has already completed an oversubscribed seed funding round lead by staff and UK business angels.

Announced at the Consumer Electronics Show (CES) in Las Vegas, BelleFox (www.bellefox.ai) is poised to revolutionize how families interact in this constantly connected world. The BelleFox Wi-Fi router is a unique technology that delivers not only reliability and fast speeds, but a host of features to help parents see and understand their children's online behavior -- and even to learn more about who their children are as individuals. The system uses Big Data and AI (artificial intelligence) to deliver its powerful, useful insights. "Children today are online natives, which can be extremely stressful for parents," stated Lily Li, co-founder of BelleFox. "Until now, family Wi-Fi systems simply offered ways to limit children's time and access to specific sites.

Reinforcement Learning, a key Google DeepMind algorithm, could overhaul news recommendation engines and greatly improve users stickiness. After beating a Go Grand Master, the algorithm could become the engine of choice for true personalization. My interest for DeepMind goes back to its acquisition by Google, in January 2014, for about half a billion dollars. Later in California, I had conversations with Artificial Intelligence and deep learning experts; they said Google had in fact captured about half of the world's best A.I. minds, snatching several years of Stanford A.I. classes, and paying top dollar for talent. Acquiring London startup Deep Mind was a key move in a strategy aimed at cornering the A.I. field. 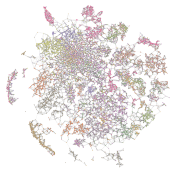 Say you have a thousand columns and a million rows in your data set. Whichever way you look at it – small, medium or big data – you won't be able to actually look at it. Blame human nature but most of us understand a subject better when they get to see a bigger picture. Is there a way to put your data in one image and navigate it almost like you would do with a map? Deep Learning combined with Topological Data Analysis can do exactly that and more.