Ukraine's new blocking of popular, Russian-owned social media sites has been met with opposition by human rights groups who consider the move to restrict access to information more in line with authoritarianism than democracy. Kenneth Roth, executive director of Human Rights Watch, compared the ban ordered this week by Ukrainian President Petro Poroshenko to censorship by the government of Russian President Vladimir Putin. "When will Ukraine learn that emulating Russia's repression is no way to distinguish itself from Russia," Roth said on Twitter. Sergei Leshchenko, a former investigative journalist who was elected to Ukraine's parliament in 2014, posted on his Facebook page that the new ban had "much more in common with authoritarian regimes than with the struggle against Russian propaganda." Poroshenko this week ordered Ukrainian Internet providers to block Vkontakte and Odnoclassniki.

Upcoming Ukraine elections in the crosshairs of hackers 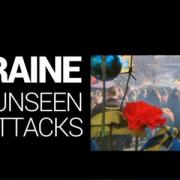 Ukraine reported a surge in cyber attacks aimed at disrupting the upcoming presidential election, the Government believes that Russian nation-state actors could be responsible for them. The news was reported by Reuters, attackers intensified attacks against the Ukrainian government and political party, according to the experts with the clear intent of disrupting the presidential election scheduled for March. According to Pro-Western President Petro Poroshenko, likely to stand in the elections, declared that Russia will attempt to interfere in the election and has developed a powerful cyber arsenal to do it. "This is not just our take. The Russian meddling to influence Ukraine's elections is well under way," Petro Poroshenko told foreign diplomats.

Ukrainian authorities earlier this month blocked access to Yandex as well as to several major Russian social media websites. President Petro Poroshenko said the move was made in response to Russia's annexation of the Crimean peninsula and continuing interference in eastern Ukraine.

KIEV – Hackers have targeted Ukrainian state institutions about 6,500 times in the past two months, including incidents that showed Russian security services were waging a cyberwar against the country, President Petro Poroshenko said on Thursday. In December, Ukraine suffered attacks on its finance and defense ministries and the State Treasury, which allocates cash to government institutions. A suspected hack also wiped out part of Kiev's power grid, causing a blackout in part of the capital. "Acts of terrorism and sabotage on critical infrastructure facilities remain possible today," Poroshenko said during a meeting of the National Security and Defence Council, according to a statement released by Poroshenko's office. The statement said the president stressed that "the investigation of a number of incidents indicated the complicity directly or indirectly of Russian security services waging a cyberwar against our country."

When a bomb exploded outside a television station in Kiev, the Ukraine capital, lawmaker Ihor Mosiychuk of the nationalist opposition Radical Party was exiting after an interview. Mosiychuk was wounded, and his bodyguard and a pedestrian were killed, police said Thursday. Almost immediately, Mosiychuk blamed Russia for the Wednesday night explosion, which authorities said involved a bomb attached to a parked motorcycle. "I believe that the initiators are in Moscow, the executors are in Kiev," he wrote on social media. Ukraine President Petro Poroshenko called the bombing a "bloody and cruel crime."