OLED TVs are pretty amazing, but they aren't perfect. Their weakness is brightness: They can't match the output of an LED-backlit LCD TV. Brightness is only one aspect of a TV's overall performance, but it's an important one for HDR video--and HDR video, supposedly, is the future. Of course, LCD TVs have their own weaknesses. As such, they can't get as pitch-black as OLED, and contrast suffers in comparison.

Phones with 64-megapixel cameras are already starting to be released. In recent weeks we've seen the Realme XT, Xiaomi's Redmi Note 8 Pro, and the Vivo Nex 3 announced with the same 64-megapixel Samsung GW1 sensor, and you can expect this to proliferate just like 48-megapixel phone cameras did throughout the first half of the year. I have the first of these phones, the Realme XT, in hand right now, so I thought I'd shoot some comparison photos to see what advantage the sensor can bring over the previous 48-megapixel chips. The Samsung sensor is basically the same thing but bigger -- the pixels are the same size and use the same filter, so there's just more of them across a larger surface area. Just as 48-megapixel phones shoot pixel-binned 12-megapixel shots by default, these 64-megapixel phones are designed to produce 16-megapixel images.

Digital photographers coined the term "pixel peepers" years ago to denote -- mostly with scorn -- people who focused on flaws in the individual dots that create photos rather than the entirety of the images. Zooming in to 100%, it was said, is nothing but a recipe for perpetual disappointment; instead, judge each camera by the overall quality of the photo it takes, and don't get too mired in the details. Until now, Apple's approach to digital photography has been defined by its commitment to improving the quality of the big picture without further compromising pixel-level quality. I say "further" because there's no getting around the fact that tiny phone camera sensors are physically incapable of matching the pixel-level results of full-frame DSLR camera sensors in a fair fight. Bigger sensors can capture more light and almost invariably more actual pixels than the iPhone's 12-megapixel cameras. 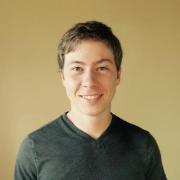 I've been using VGG-16 based fully convolutional nets (FCN) for semantic segmentation. However, Resnet-50 is lighter and faster than VGG-16. Most FCN models that are released tend to have VGG-16 as their backbone classification net.

Semantic boundary and edge detection aims at simultaneously detecting object edge pixels in images and assigning class labels to them. Systematic training of predictors for this task requires the labeling of edges in images which is a particularly tedious task. We propose a novel strategy for solving this task, when pixel-level annotations are not available, performing it in an almost zero-shot manner by relying on conventional whole image neural net classifiers that were trained using large bounding boxes. Our method performs the following two steps at test time. Firstly it predicts the class labels by applying the trained whole image network to the test images. Secondly, it computes pixel-wise scores from the obtained predictions by applying backprop gradients as well as recent visualization algorithms such as deconvolution and layer-wise relevance propagation. We show that high pixel-wise scores are indicative for the location of semantic boundaries, which suggests that the semantic boundary problem can be approached without using edge labels during the training phase.