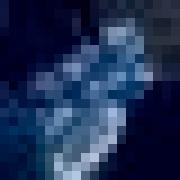 The COVID-19 pandemic is continuing to disrupt businesses across the world. Being one of the most hustling sectors globally, healthcare has turned into the most reshaped ecosystem amid the crisis. In the initial phase of the pandemic, the healthcare ecosystem was afflicting several challenges in terms of delivery of services. However, technological innovation enforced the sector to adopt digital models, resulting in the holistic development of the industry. Reimagining the healthcare space through digital innovation creates an ecosystem for improved delivery of healthcare services.

AI messaging in healthcare can enhance the patient experience

Fitbit has developed a ventilator to help COVID-19 patients

Just like Dyson and NASA before it, Fitbit has now designed a ventilator in response to the coronavirus pandemic. Unveiled on Wednesday, the Fitbit Flow is an "easy-to-use, and low-cost" emergency ventilator designed in consultation with healthcare workers treating COVID-19 patients. Based on manual resuscitator bags used by paramedics, the ventilator features various sensors to help monitor patients, and allows the pressure and volume of oxygen delivery to be controlled. The Fitbit Flow also has a clear window through which healthcare workers can view the automated resuscitator bag being pumped. It isn't a long-term solution -- conventional ventilators are still sorely needed.

California's vaccine rollout has been too slow, Newsom says, with only 35% of doses administered

Only about 35% of the COVID-19 vaccine doses that have arrived in California have been administered so far, a rate Gov. Gavin Newsom acknowledged Monday was "not good enough" as he pledged new funding and efforts aimed at ramping up the rollout. California has received just under 1.3 million vaccine doses, but only a touch more than 454,000 people have actually received the shots, according to figures Newsom presented. Though he has regularly maintained that distribution of the long-awaited vaccines is "like a flywheel, the first 10, 15 days we're going to slowly start building pace, then you're going to start seeing more rapid distribution," he said the process had, to this point, "gone too slowly, I know, for many of us." "We want to see 100% of what's received immediately administered in people's arms, and so that's a challenge," he said during a briefing. An additional 611,500 vaccine doses are slated to be shipped to California soon. Newsom said the budget proposal he would submit to the state Legislature later this week included roughly $300 million to support vaccination efforts by bankrolling logistics, a public education campaign and other needs.

Nearly one in five employees in the healthcare field said they're willing to sell confidential data like login credentials to unauthorized parties, a new survey from Accenture claims. Nearly one quarter of the survey's respondents said they know someone in their organization who has sold their credentials or access to an unauthorized outsider. Microsoft is trying again to tackle the healthcare market with a concerted strategy involving artificial intelligence, productivity tools, and partnerships. "Employees have a key role in the healthcare industry's battle with cyber criminals," John Schoew, leader of Accenture's Health & Public Service Security practice in North America, said. "As payers and providers invest in digital to transform productivity, cut costs and improve quality, they need a multi-pronged approach to data security that involves consistent and relevant training, multiple security techniques to protect data and continuous monitoring for anomalous behavior."