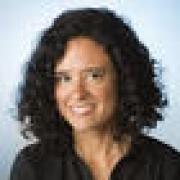 An architecture biennial looks to history. A pair of red shoes are set to dance at the Ahmanson. And getting a closer look at some of the shows (including music!) that are part of Pacific Standard Time: Los Angeles / Latin America. The second iteration of the Chicago Architecture Biennial, organized by L.A. architects Sharon Johnston and Mark Lee, opened last weekend. Times architecture critic Christopher Hawthorne reports that this is a biennial that turns turns its gaze to the profession's own history, in "an elegantly and densely layered exhibition" -- though one that seems to be at a remove from the current national mood.

Hygge . . . is the Danish word for cozy. It is also a national manifesto, nay, an obsession expressed in the constant pursuit of homespun pleasures. I sit under a thick, lumpy blanket with my new book about hygge and light the "cabin-scented" candle I got from my office Secret Santa, Gail. The candle smells more like new rain boots than like a cozy cabin, so I put it out, cupping my hand around the flame and blowing slowly, savoring this moment of domestic defeat. I pull on another pair of socks.

After 27 years in a warehouse, a once-censored mural rises in L.A.'s Union Station

Celebrating the Chicana/o murals of L.A., some lost forever, with '¡Murales Rebeldes!' 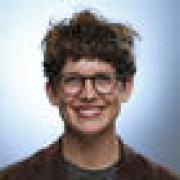 "Who has the right to tell history? Who has the right to occupy public space?" asks Erin M. Curtis, a co-author of the new book "¡Murales Rebeldes! L.A. Chicana/o Murals Under Siege" in which she explains, "Chicana/o muralists have long explored similar questions." Published by Angel City Press, "¡Murales Rebeldes!" is being published alongside an exhibition of the same name that is part of Pacific Standard Time: LA/LA, the citywide art festival that begins in September. On Sunday, before the exhibits begin, writers and artists in the book will appear at Vroman's bookstore in conversation with Gustavo Arrellano, editor of the OC Weekly.

Barack Obama's face started showing up on the walls of schools and tire shops, bars and carnicerias right after his election in 2008. I've been photographing inner city murals for four decades, and in Los Angeles, Chicago, New York and Detroit, Obama is the only U.S. president -- aside from, occasionally, JFK -- who is in serious rotation in the wall-painters' pantheon. Obama is often portrayed with symbols of American power -- the flag, an eagle -- or in a lineup of African American greats from neighborhood VIPs to Martin Luther King Jr. and the first lady. In a South L.A. mural by Chuy Vasquez, a beaming Obama replaced a flag-draped MLK in 2013. The new image, which is still in place, puts Obama above and behind white, black and brown children pledging allegiance, the Statue of Liberty, a farmer at work and a giant parrot in the colors of the Mexican flag.