Sooner or later, Trump will own the CFPB 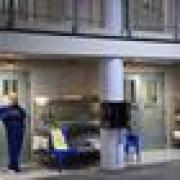 After the subprime mortgage fiasco triggered the deepest downturn since the Great Depression, Congress pushed through a slew of new regulations designed to prevent the country from being waylaid again by heedless risk-taking and profiteering by the financial industry. For the typical American borrower or credit-card holder, the most important piece of this package was a new Consumer Financial Protection Bureau -- an independent agency created to combat lenders' deceptive and predatory practices.

Payday Lenders Gave Trump Millions. Then He Helped Them Cash in on the Working Poor.

This story was reported in partnership with Type Investigations, with support from the Puffin Foundation. Mike Hodges was still a small fry among payday lenders when Donald Trump visited Hodges's hometown of Nashville, Tennessee, in 2018. Hodges and his wife Tina owned somewhere around 100 stores scattered across the state, giving out small-dollar loans for fees that work out to annual interest rates as high as 450 percent. Their firm, Advance Financial, was puny compared to the chains of 1,000 or more that rose from the industry's pioneers in the 1990s. But the Hodges quickly distinguished themselves as major donors to Trump, shelling out more than a million dollars to his campaign and main super PAC. 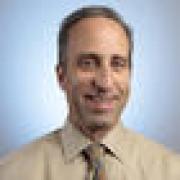 A bipartisan group of House lawmakers on Friday introduced legislation to repeal the first broad nationwide regulations on payday and other short-term loans, arguing the rules from the Consumer Financial Protection Bureau would effectively ban millions of Americans from accessing credit.

On Wednesday, the federal government's consumer finance watchdog revealed plans to roll back Obama-era restrictions on payday lenders, which disproportionately target low-income borrowers and offer high-interest loans. In an afternoon press release, the Consumer Financial Protection Bureau said it would rescind the core of the rule, a provision requiring payday lenders to assess a borrower's ability to pay back debt before making loans to low-income customers. The bureau argued the provision curtailed "access to credit and competition in states that have determined that it is in their residents' interests to be able to use such products." But consumer advocates say the CFPB's move hands a victory to payday lenders. Such lenders charge astronomical interest rates--as high as 950 percent--on quick-access installment loans.

Late on Tuesday, the Consumer Financial Protection Bureau (CFPB) announced that it is planning to "reconsider" the Payday Rule, an Obama-era rule that created the first federal restrictions on payday loans. The rule takes aim at predatory practices by payday lenders--companies which give out high-interest loans and disproportionately target low-income borrowers, by requiring them to assess a borrower's ability to pay back debt--and capping the number of payday loans individuals can obtain. This is one of the first major public moves at the CFPB--the Elizabeth Warren-inspired watchdog agency created in the wake of the financial crisis to keep tabs on big banks--since Trump appointed Mick Mulvaney as the agency's temporary director. Since November, Mulvaney has worked two jobs for Trump, keeping his job as the budget director at the White House and also leading the CFPB. At the same time, Mulvaney's leadership of the agency is being contested in a lawsuit brought by Leandra English, a senior CFPB staffer who argues that, according to the rules of succession laid out in the law that created the CFPB, she is the rightful acting director of the agency.