Jaguar Land Rover is suing Chinese automaker Jiangling Motor for allegedly copying the British firm's Range Rover Evoque, a person with direct knowledge of the matter said - a rare move by a foreign automaker to fight copycats in the world's biggest autos market. A spokesman for JLR, owned by India's Tata Motors, said in brief emailed comments to Reuters that a court in Beijing's eastern Chaoyang district "served Jiangling with newly filed actions surrounding copyright and unfair competition." The suit relates to Jiangling's Landwind X7 sport utility vehicle copying the design of the Evoque, JLR's first China-made model that went on sale last year, said the person with knowledge of the legal proceedings, who is not authorized to talk to the media and didn't want to be named. The new Range Rover Evoque is seen at the Jaguar-Land Rover exhibition booth during the International Motor Show (IAA) in Frankfurt, September 14, 2011. Despite widespread and often blatant copying, global automakers generally don't take legal action in China as they feel the odds of winning against local firms are low.

Every day at around 4 p.m., the creeeek criikkk of stretched packing tape echoes through Huaqiangbei, Shenzhen's sprawling neighborhood of hardware stores. Shopkeepers package up the day's sales--selfie sticks, fidget spinners, electric scooters, drones--and by 5, crowds of people are on the move at the rapid pace locals call Shenzhen sudu, or "Shenzhen speed," carting boxes out on motorcycles, trucks, and--if it's a light order--zippy balance boards. From Huaqiangbei the boxes are brought to the depots of global logistics companies and loaded onto airplanes and cargo ships. In the latter case they join 24 million metric tons of container cargo going out every month from Shekou harbor--literally "snake's mouth," the world's third-busiest shipping port after Shanghai and Singapore. A few days or weeks later, the boxes arrive in destinations as nearby as Manila and Phnom Penh and as far afield as Dubai, Buenos Aires, Lagos, and Berlin.

Then, 20 investigators from China's antitrust authority showed up. For four days this past December, they fanned out through DuPont's Shanghai offices, demanding passwords to the company's world-wide research network, say people briefed on the raid. Investigators printed documents, seized computers and intimidated employees, accompanying some to the bathroom. Beijing leans on an array of levers to pry technology from American companies--sometimes coercively so, say businesses and the U.S. government. Interviews with dozens of corporate and government officials on both sides of the Pacific, and a review of regulatory and other documents, reveal how systemic and methodical Beijing's extraction of technology has become--and how unfair Chinese officials consider the complaints. 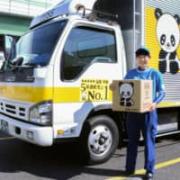 Now, WeMade Co.'s longtime video game hit is at the center of a string of legal battles that could serve as a rallying cry for foreign companies harboring grievances against Chinese rivals. Over the last three years, the South Korean studio's chief executive officer, Henry Chang, has filed about 65 lawsuits in China, Singapore and South Korea against Chinese gaming studios, attempting to block what he alleges are unlicensed versions of his two-decade-old title. That makes the 44-year-old one of the few foreign executives audacious enough to challenge a batch of Chinese firms in the world's largest video game market. He's already racked up a few victories: In December, a Beijing court ordered Guangzhou-based 37 Interactive Entertainment Technology Co. to stop selling a game allegedly based on Mir. In May, a Singapore-based arbitration court required a unit of China's Kingnet Network Co. to pay WeMade 468 million yuan ($68 million) in royalties.

Would you buy a handbag from Plada or Loius Vuitton?

The internet's global reach has made stealing brands' intellectual property even easier, and businesses are losing billions as a result. So what should they be doing to protect themselves? When two new luxury fashion boutiques opened in the Chinese city of Renhuai this summer, it was hard to tell they were fake at first. The storefronts, which appeared to belong to the luxury brands Louis Vuitton and Prada, bore huge photos of models posing with legit-looking products while the shelves were packed with posh handbags and accessories. It was only the misspelled branding that gave the game away.