Cyber Week is almost over, but we still have Cyber Monday deals to shop -- and there are plenty of good ones worth your attention. While some of the best deals did sell out on Black Friday, Cyber Monday still has so much to offer. We saw deals just kind of roll over all weekend, but most will probably actually end after Cyber Monday, so this could be your last chance to take advantage of holiday savings. If you see something you want and it's on sale, buy it. We went ahead and pulled together some of the very best deals for Cyber Monday to make it easier and faster for you to find the discounts worthy of shopping. 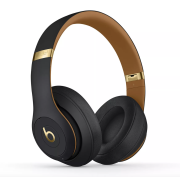 Here are the best Black Friday deals at Kohl's as of Nov. 18: BEST AUDIO DEAL: Beats Studio3 Wireless Headphones -- save $70 and get $50 in Kohl's Cash BEST SMARTWATCH DEAL: Fitbit Charge 4 -- save $50 and get $20 in Kohl's Cash BEST KITCHEN DEAL: Keurig K-Duo Plus -- save $30 and get $30 in Kohl's Cash BEST VACUUM DEAL: iRobot Roomba 677 -- save $195 with code SAVE15 and get $50 in Kohl's Cash Kohl's is this year's Black Friday sleeper. Though the department store released its 2020 Black Friday ad preview a little later than usual -- weeks after we got scans for Walmart and Dell, actually -- it's managed to scrounge up some of the holiday season's top deals on headphones, smart home devices, Fitbits, kitchen appliances, robot vacuums, and much more. Kohl's is even participating in Nintendo's special system offer where you can bundle a Switch, a digital copy of Mario Kart 8 Deluxe, and a three-month Nintendo Switch Online membership for the price of the console itself -- don't miss that deal when it goes live Nov. 22. And speaking of: While the six-day Kohl's Black Friday Week Sale will kick off online at midnight EST and in-stores at 8 a.m. For one thing -- and this is key -- you've got the chance to earn Kohl's Cash to spend later during the official event.

You probably weren't expecting to start your holiday shopping in the beginning of October, but Amazon had other plans for this year's pre-Black Friday deals. The mega-retailer unveiled its early holiday sales event, Epic Daily Deals on Oct. 4, marking what might be the earliest start to the shopping season that we've ever seen. You know, like the Sunday Scaries -- but instead, the entire globe is running low on pretty much everything. Everything from books to the semiconductor chips that power smartphones, cars, and more are short-stocked, and it means that this holiday season, it's more important to actually find the products you're looking for rather than worry about if you're getting the cheapest deal. With that being said, Amazon's new early sales strategy isn't just a ploy to get the holiday cheer going before winter hits -- it's likely in response to these global supply chain issues caused by the Delta Variant.