Aneurysm Symptoms and Diagnosis: What to Know Everyday Health 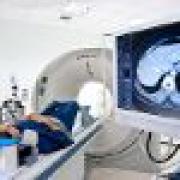 There are several screening and diagnostic tools doctors use to detect aneurysms. Doctors discover many aortic aneurysms after administering a computerized tomography (CT) scan for some other reason. A CT scan is a painless test that uses contrast dye injected into a vein in the arm and X-rays to get clear pictures of the aorta or brain. A small brain bleed, known as a sentinel hemorrhage, may not be detected on a CT scan, so if it's suspected, the doctor may perform a spinal tap. But a CT scan will pick up a large brain bleed, known as a subarachnoid hemorrhage, Dr. Teitelbaum says.

Could nitric oxide inhibitors help prevent cardiac aneurysm? Aneurysms are the abnormal enlargement of arteries and can lead to death if the artery wall bursts. Oller et al. studied patients with Marfan syndrome, an inherited genetic condition in which individuals are prone to cardiac aneurysms. They discovered lower levels of ADAMTS1 in the heart tissue of Marfan syndrome patients compared with that of organ transplant donors. Genetic inactivation of ADAMTS1 in mice resulted in a Marfan syndrome-like disease, which included low blood pressure, aortic dilation, and aneurysm development.

GE Healthcare signed on to a new Australian research collaboration to develop artificial intelligence tools to quickly and automatically diagnose brain aneurysms. GE will be contributing its Revolution CT scanners to the "co-creation" effort. The project is being led by the Australian division of Fujitsu, the Tokyo-based IT services firm, which will focus on developing the AI and digital solutions. Additionally, Sydney's Macquarie University and Macquarie Medical Imaging will provide clinical expertise for the product's development and testing. The group hopes to offer a commercial solution to radiology practices in Australia before going worldwide.

Stanford researchers have developed a new AI tool that can help detect aneurysms, a condition that causes blood vessels in the brain to bulge, potentially causing stroke, brain damage or death. The tool, detailed in a paper published in JAMA Network Open, makes use of a deep learning model called HeadXNet to identify areas in the brain that are likely to have an aneurysm. The tool is meant to help clinicians augment their capabilities to detect aneurysm with greater accuracy. According to the findings, the tool "improved clinicians' ability to correctly identify aneurysms at a level equivalent to finding six more aneurysms in 100 scans that contain aneurysms." To train the algorithm, the researchers reviewed and annotated a total of 611 CT angiography examination reports collected over the course of 14 years between 2003 and 2017 at the university's Medical Center.

AI to improve detection and monitoring of brain aneurysm

A new research collaboration focused on developing a solution that leverages artificial intelligence (AI) to detect and monitor brain aneurysms on scans faster and more efficiently was recently announced. As reported, Australia's Macquarie University will work with an ICT company, a medical tech company, and a medical imaging company to improve brain aneurysm diagnoses. The project has already received a Cooperative Research Centres Projects (CRC-P) grant of AU$ 2.1M from the Department of Industry, Innovation and Science. Brain aneurysms are a common disorder caused by a weakness in the wall of a brain artery. Aneurysms are present in between 2% and 8% of adults, with multiple aneurysms in more than 10% of these people.