Steve Martin: I was worried

At age 71, Steve Martin is a father to a 4-year-old -- and he thinks "it's fantastic." "...If I'd had a child earlier, I would have been a lousy father, because I would have misplaced my attention on my career," the actor/comedian told AARP The Magazine for their June/July issue. Martin welcomed a baby girl for the first time at age 67 in 2013 with his wife, 45-year-old Anne Stringfield. These days, he's determined not to make the same mistakes of his own father. "I am very forthcoming with her, and it's great," he said. 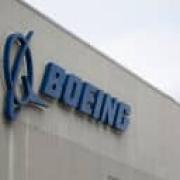 FRANKFURT, GERMANY - German prosecutors have indicted former Volkswagen CEO Martin Winterkorn and four others on charges of fraud and unfair competition, saying he failed to prevent manipulation of engine software that let Volkswagen cars cheat on diesel emission tests. Prosecutors in Braunschweig said Monday that Winterkorn knew about the deceptive software since 2014. The prosecutors' statement said that the defendants face from six months to 10 years imprisonment if convicted, and that bonuses earned due to sales based on the deception could be forfeited.

George R.R. Martin posts a chapter of 'Winds of Winter' online (but the book's still not done)

Fans of George R.R. Martin's "A Song of Ice and Fire" novels, which form the basis for the hit HBO show "Game of Thrones," have been waiting for the sixth book in the series, "The Winds of Winter," for a very long time. While there is not yet a release date for the novel, which Martin is still writing, impatient readers now have something to keep them busy -- at least for a few minutes. Martin posted a chapter from the unfinished novel on his website on Monday. The chapter is told from the point of view of Arianne Martell, the daughter of the Prince of Dorne, as she travels across a coast on a reconnaissance mission for her father. Arianne is not (yet) a character on the "Game of Thrones" show.

Netflix is making another big movie splash, as IndieWire is the first to report that it's acquiring the rights to Martin Scorsese's $100 million gangster flick The Irishman. Reportedly in the works since at least 2010, the project is supposed to unite the legendary moviemaker with both Robert de Niro and Al Pacino. The big budget is apparently due to the use of Benjamin Button-style special effects to make its actors appear younger for certain scenes. The story is adapted from the nonfiction book I Heard You Paint Houses, about mob hitman Frank "The Irishman" Sheeran. A deal for Paramount to release the movie apparently fell through -- possibly related to a poor opening for the Scorsese/Paramount produced Silence -- opening the door for Netflix to flex its deep pockets and worldwide release capability.

Chris Martin says he was 'very homophobic' as a teen while questioning own sexuality: 'It was weird for me'

Chris Martin is opening up about his experiences as a teenager trying to discover his sexuality. The Coldplay crooner told Rolling Stone that he faced "terrible turmoil" while coming into his own as a young man and battled societal and religious tension in addition to coping with his own homophobia. "When I went to boarding school, I walked a bit funny and I bounced a bit, and I was also very homophobic because I was like, 'If I'm gay, I'm completely f---ed for eternity,'" Martin said. "… And I was a kid, like, you know, discovering sexuality … 'Maybe I'm gay, maybe I'm this, maybe I'm that, I can't be this.' "It can be brutal until you realize everyone is going through this," Martin, 42, added. The "Viva La Vida" performer recounted instances where he endured harassment from his "hardcore" classmates, whom he now believes might have also been "going through their thing." "For a few years, they were very much like, 'You're definitely gay,' in quite a full-on manner, quite aggressively telling me that," Martin recalled. "It was weird for me for a few years." The former husband of Gwyneth Paltrow – with whom he shares two children – said his religious upbringing led him to believe homosexuality was "wrong" and caused further worry about his sexuality. One day, Martin says, his beliefs completely shifted and the constant bullying suddenly ceased. Coldplay lead vocalist Chris Martin reads from a Bible while inducting Peter Gabriel into the Rock and Roll Hall of Fame in 2014. "At about 15-and-a-half, I don't know what happened, but I was like, 'Yeah, so what?' and then it all just stopped overnight," he said. The British singer was unable to place his thumb on what might have caused him to change his viewpoint, however, he simply chalks it up to the nature of growing up and becoming wiser with age. "A lot of my heroes are gay, or whatever they are -- it doesn't really matter," he said. "So what that did was ease a big pressure." As a result, Martin said, his religious beliefs have been altered and he no longer subscribes to any single belief system. "It's not really any one religion, for me," he said. "For me, God is everything and everybody and it's love, it's the miracle in every cell of everything, and the vastness of the mystery.