A White House official told reporters traveling with Pence to South Korea that his office did reach out to the U.S. Olympic Committee, offering to meet with Rippon. The vice president's chief of staff, Nick Ayers, called USOC executive Scott Blackmun after Rippon's initial criticism last month and objected to comments about gay conversion therapy and wanted to clear up the confusion, a White House official said.

Adam Rippon may be done skating at this year's Winter Olympics, but thankfully that doesn't mean we've seen the last of him.

Ever since making it to this year's Winter Olympics, US figure skater Adam Rippon has charmed American audiences with his sass in interviews and his openness about the ups and downs of his career--like the time he and now fellow US Olympian Mirai Nagasu inhaled some In-n-Out after failing to make the 2014 Sochi Olympics. On Sunday, Rippon, who is gay, helped Team USA secure a bronze medal in the figure skating team event in Pyeongchang. But throughout these Olympics, Rippon has also called out Vice President Mike Pence for his record on LGBT rights, leading, it seems, to some social media trolling. To all those who tweet at me saying that they "hope I fail", I have failed many times many times in my life. But more importantly, I've learned from every setback, proudly own up to my mistakes, grown from disappointments, and now I'm a glamazon bitch ready for the runway.

DWTS: Ice skater Adam Rippon's beau is moving from Finland to L.A. to be with him

Adam Rippon's sport may be icy, but his relationship with his new boyfriend couldn't be hotter! The Winter Olympics ice skater who stunned fans with his artistry is competing on this season's "Dancing with the Stars: Athletes," and revealed exciting news about his personal life after Monday night's live taping. "I live here in L.A. already but he's in the process of moving here. He lives in Helsinki right now," Rippon explained. "He's coming as soon as the [DWTS] show is over. 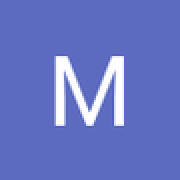 It was a match made in Winter Olympics heaven.