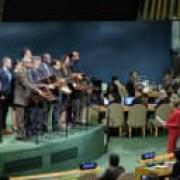 PARIS – U.S. President Donald Trump claims he is being "very tough" with Saudi Arabia and Britain has warned of "serious consequences." But besides demanding the truth about the disappearance of journalist Jamal Khashoggi, the West is likely to continue doing business as usual with the Persian Gulf kingdom, experts say. Khashoggi, a Washington Post columnist who had been living in self-imposed exile in the U.S. since late 2017, vanished on Oct. 2 after entering the Saudi consulate in Istanbul to get paperwork for his upcoming wedding. Turkish government sources say the 59-year-old writer, who was critical of some of the policies of Saudi Crown Prince Mohammed bin Salman, was tortured and murdered there -- a claim Riyadh denies. The high-profile case has drawn attention to the large-scale crackdown on dissenters in Saudi Arabia, which was largely swept under the rug when its new 33-year-old strongman toured the U.S. and Europe earlier this year.

BEIRUT/RIYADH/AMMAN – Saudi Arabia pulled no punches when it condemned President Donald Trump's move to recognize Jerusalem as the capital of Israel. But Palestinian officials say Riyadh has also been working for weeks behind the scenes to press them to support a nascent U.S. peace plan.

The attack comes after Iran exceeded their enriched uranium stockpile limit in the nuclear deal. Secretary of State Mike Pompeo called on the international community to join him Saturday in condemning Iran for drone attacks on two Saudi oil facilities, which he described as "an unprecedented attack on the world's energy supply." "Tehran is behind nearly 100 attacks on Saudi Arabia while [President Hassan] Rouhani and [Foreign Minister Mohammad] Zarif pretend to engage in diplomacy," Pompeo tweeted, referring to the nation's president and foreign affairs minister. There is no evidence the attacks came from Yemen." Iran-backed Houthi rebels in Yemen claimed responsibility for the attack hours before Pompeo's tweet. The world's largest oil processing facility in Saudi Arabia and a major oil field were impacted, sparking huge fires at a vulnerable chokepoint for global energy supplies. "The United States will work with our partners and allies to ensure that energy markets remain well supplied and Iran is held accountable for its aggression," Pompeo concluded. According to multiple news reports that cited unidentified sources, the drone attacks affected up to half of the supplies from the world's largest exporter of oil, though the output should be restored within days. It remained unclear if anyone was injured at the Abqaiq oil processing facility and the Khurais oil field. Sen. Chris Murphy, D-Conn., who sits on the Senate Foreign Relations Committee, denounced Pompeo's description of the attack, calling it an "irresponsible simplification." "The Saudis and Houthis are at war.

Qatar-Gulf rift: Can Riyadh be triumphant?

For the past five days, the Gulf region has been experiencing one of its most serious political crises in recent history. Early on Monday, Saudi Arabia, the United Arab Emirates (UAE) and Bahrain cut diplomatic relations with Qatar in an apparent attempt to isolate the country. In addition to these three countries, Egypt, Libya, Yemen; the island nations of Maldives and Mauritius; and countries such as Jordan, Mauritania, Djibuti and Senegal have also joined in the campaign against Qatar, one of the most prosperous countries in the Gulf region. This unwise decision will undoubtedly harm the feeling of unity among the Gulf countries and cause serious repercussions for the perpetrators behind it. Since the beginning of the crisis, analysts have been trying to understand the motives behind this move, which was spearheaded by Riyadh and Abu Dhabi.