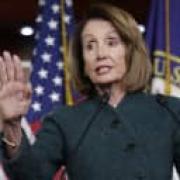 WASHINGTON - A suicide bombing claimed by the Islamic State that killed at least 16 people, including two U.S. service members and two American civilians, has raised questions on the U.S. military withdrawal just a month after President Donald Trump declared that IS had been defeated and he was pulling out U.S. forces. The attack in the strategic northeastern town of Manbij on Wednesday highlighted the threat posed by the Islamic State group despite Trump's claims. It could also complicate what had already become a messy withdrawal plan, with the president's senior advisers disagreeing with the decision and then offering an evolving timetable for the removal of the approximately 2,000 U.S. troops. The attack, which also wounded three U.S. troops, was the deadliest assault on U.S. troops in Syria since American forces went into the country in 2015. The dead included a number of fighters with the Syrian Democratic Forces, who have fought alongside the Americans against the Islamic State, according to officials and the U.K.-based Syrian Observatory for Human Rights.

Turkey is ready to take over security in Manbij, a town in northeast Syria held by Kurdish forces where four US personnel died in a bombing last week, President Recep Tayyip Erdogan has told his United States counterpart in a phone call. A statement by the Turkish presidency said that Erdogan on Sunday told Donald Trump that the attack in Manbij was a provocation by the Islamic State of Iraq and the Levant (ISIL, also known as ISIS) group to influence the expected US troop withdrawal from the war-torn country. In a suprise move, Trump announced on December 19 that the United States would quickly pull its 2,000 soldiers out of northeastern Syria, declaring that ISIL had been defeated, a view not shared by many security experts and policy advisers. US officials have since been walking back his timeline, suggesting the conditions for any such withdrawal were finishing off ISIL, and Turkey assuring the safety of Kurdish troops allied with the US. Sunday's call came almost a week after another phone conversation between the two leaders in which they discussed the situation in northeastern Syria amid rising tensions over the fate of Kurdish fighters in the war-torn country.

Rand Paul, after WH meeting on Syria and Afghanistan, suggests Trump is committed to pullout

Following a closely watched White House meeting on Syria and Afghanistan, Kentucky Republican Sen. Rand Paul suggested that President Trump remains committed to pulling troops out of those countries despite a deadly terrorist attack that killed U.S. military personnel in Syria earlier in the day. More than a dozen people, including two U.S. servicemembers -- as well as one Defense Department (DoD) civilian, and one contractor supporting the DoD -- were killed in the suicide bombing at a restaurant in the northern Syrian city of Manbij on Wednesday, and the Islamic State (ISIS) terror group claimed responsibility. U.S. officials said three servicemembers were injured in what was the deadliest assault on American troops in Syria since they entered the country in 2015. The dead included a number of fighters with the Syrian Democratic Forces, who have fought alongside the Americans against ISIS, and the U.K.-based Syrian Observatory for Human Rights. The development led some analysts to question whether the White House would rethink its planned full-scale withdrawal of some 2,000 troops in Syria, which Trump announced in December, along with a significant drawdown of the nearly 14,000 troops in Afghanistan.

Erdogan: Turkey to set up 'security zone' in Syria

Turkish President Recep Tayyip Erdogan said his country would set up a security zone in northern Syria as suggested by US President Donald Trump as both leaders sought to ease growing tensions. Addressing his deputies on Tuesday, Erdogan said he held a "quite positive" telephone conversation with Trump late on Monday where he reaffirmed "a 20-mile [32-km] security zone along the Syrian border ... will be set up by us". Erdogan said he viewed the planned security zone in Syria positively and added its range may be extended further. The president added he and Trump reached "a historic understanding" during the phone call, but Erdogan didn't elaborate. Trump confirmed the idea of establishing a zone around the border in a tweet earlier, referring to the proposed area as a "safe zone".

US plans complete withdrawal of troops from Syria: officials

The United States has started withdrawing its troops from Syria, the White House said on Wednesday, after President Donald Trump declared that the Islamic State of Iraq and the Levant (ISIL, also know as ISIS) group has been defeated in the country. White House Press Secretary Sarah Sanders said that "victories over ISIS in Syria do not signal the end of the Global Coalition or its campaign". "We have started returning United States troops home as we transition to the next phase of this campaign," she added. "The United States and our allies stand ready to re-engage at all levels to defend American interests whenever necessary, and we will continue to work together to deny radical Islamist terrorists' territory, funding, support and many means of infiltrating our borders." Sanders's comments came after reports surfaced that the US was considering a full troop withdrawal from the country.