Online retailers execute a very large number of price updates when compared to brick-and-mortar stores. Even a few mis-priced items can have a significant business impact and result in a loss of customer trust. Early detection of anomalies in an automated real-time fashion is an important part of such a pricing system. In this paper, we describe unsupervised and supervised anomaly detection approaches we developed and deployed for a large-scale online pricing system at Walmart. Our system detects anomalies both in batch and real-time streaming settings, and the items flagged are reviewed and actioned based on priority and business impact. We found that having the right architecture design was critical to facilitate model performance at scale, and business impact and speed were important factors influencing model selection, parameter choice, and prioritization in a production environment for a large-scale system. We conducted analyses on the performance of various approaches on a test set using real-world retail data and fully deployed our approach into production. We found that our approach was able to detect the most important anomalies with high precision.

Data, meaningful data is the coveted, vital holy grail of Analytics and Data Driven Marketing. Jepto is the newest artificial intelligence and predictive analytics marketing tool that is the first of its kind, using machine learning to monitor KPI and predict whether they will be met or will fall short. There have been a number of platforms which try to use artificial intelligence, such as Crystal, which I have used. It was a terrible product and did not do anything useful. Jepto, on the other hand has so many benefits and is well thought out, yet friendly to users with an easy onboarding process, this is a piece of software agencies and serious online marketers have to watch out for.

We propose a method for causal inference using satellite image time series, in order to determine the treatment effects of interventions which impact climate change, such as deforestation. Simply put, the aim is to quantify the 'before versus after' effect of climate related human driven interventions, such as urbanization; as well as natural disasters, such as hurricanes and forest fires. As a concrete example, we focus on quantifying forest tree cover change/ deforestation due to human led causes. The proposed method involves the following steps. First, we uae computer vision and machine learning/deep learning techniques to detect and quantify forest tree coverage levels over time, at every time epoch. We then look at this time series to identify changepoints. Next, we estimate the expected (forest tree cover) values using a Bayesian structural causal model and projecting/forecasting the counterfactual. This is compared to the values actually observed post intervention, and the difference in the two values gives us the effect of the intervention (as compared to the non intervention scenario, i.e. what would have possibly happened without the intervention). As a specific use case, we analyze deforestation levels before and after the hyperinflation event (intervention) in Brazil (which ended in 1993-94), for the Amazon rainforest region, around Rondonia, Brazil. For this deforestation use case, using our causal inference framework can help causally attribute change/reduction in forest tree cover and increasing deforestation rates due to human activities at various points in time.

CausalML is a Python implementation of algorithms related to causal inference and machine learning. Algorithms combining causal inference and machine learning have been a trending topic in recent years. This package tries to bridge the gap between theoretical work on methodology and practical applications by making a collection of methods in this field available in Python. This paper introduces the key concepts, scope, and use cases of this package. 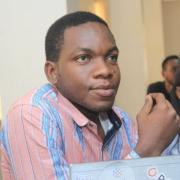 A machine learning guide on how to identify fraudulent credit card transactions by using the PyOD toolkit.