IBM was granted a patent for an AI-powered traffic management system earlier this month. What it is: According to the patent, IBM wants to develop a system for controlling traffic lights that relies on cameras. A computer views real-time footage of traffic in each direction and then calculates the optimum traffic pattern. Why it matters: Have you ever sat at a four-way intersection for three full minutes staring at a red light with a mixture of bewilderment and anger because there isn't another vehicle in sight? We asked IBM Master Inventor Steve Hobson why we couldn't just write better regular non-intelligent programs to fix the traffic light system, he says: I'd say most people who "use" signal-controlled road junctions -- be they motorists, pedestrians, cyclists, or whatever -- would agree that a human observing a junction could help the thing work better. 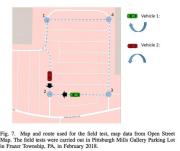 In what is potentially a world-first, researchers have launched a pilot program which replaces physical traffic light systems with virtual alternatives. Traffic light systems often play a crucial role in traffic flow. When road systems are organized effectively, they can provide a way to increase the efficiency of travel. However, in poorly-managed setups, traffic lights may leave drivers cursing at the wheel behind a red light on a deserted road or may also cause huge traffic jams. Love or hate them, for many road systems worldwide, they are necessary -- but this does not mean they cannot be improved.

We hear a lot about how connected devices can support smarter cities. What are you working on? "I look at how to co-ordinate connected devices using artificial intelligence, in order to make complex systems work more efficiently. In particular, I use machine learning on linked systems such as traffic lights to help keep transport and pedestrians moving in cities, and on household appliances to use electricity more sustainably." How do you apply artificial intelligence to traffic lights?

Every city has at least one dangerous intersection where cars, trucks, and buses jostle for space with pedestrians and bicyclists, often resulting in injury, and sometimes death. Could a network of wirelessly connected cameras and sensors, combined with sophisticated algorithms that analyze how people are behaving on the road, make these junctions less hazardous? Verizon is using Boston as a test bed to find out. In March, the tech giant began collecting car, bike, and pedestrian traffic data at one of the city's most hectic intersections. Boston will use the information to redesign its streets, says Vineet Gupta, director of policy and planning for the Boston Transportation Department.