Fox News Poll: World going to hell in a handbasket as nation comes apart at seams

Todd Starnes reacts to a photo captured by Jay Zito depicting an American flag desecrated in a school library. Teachers claim it's for students to share their concerns about recent first amendment rights events. A large majority of American voters feels the bonds that hold the country together are weakening, while over half think the world is going to hell in a handbasket. A Fox News poll released Thursday also finds that large numbers feel more people are rude and behave badly in public in the United States today compared to the past. Some 56 percent of voters say things are "going to hell in a handbasket."

60% of Japanese eat something special for Christmas, poll finds 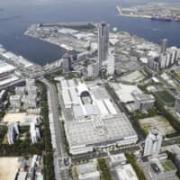 The number of elderly people in Japan has increased, while the average family has shrunk in size, census data released Wednesday reveal. The number of elderly people aged 65 or older accounts for 26.7 percent of the 127.11 million total population, up 3.7 percentage points from five years ago, a summary report of the 2015 national census shows. Meanwhile, the size of the average family has continued to shrink, according to the figures. The 68-page report, conducted by the internal affairs ministry, also showed that the average number of household members fell from 2.82 in 1995 to 2.39 in 2015. Accordingly, single-person households have grown to occupy 32.5 percent of the total 51.88 million households, making it now the largest segment of the population, the report showed.

Americans are more worried about their country's future than money

There's good news: everyone around you is also reeling in pain. A new report by the American Psychological Association found that -- surprise, surprise -- Americans are freaking out about the state of their country. Whether you're a liberal worrying about immigration bans or a conservative fretting about Starbucks cups or something, you're likely to be panicked. Sixty three percent of Americans say the future of the nation is a source of "significant stress," compared to just 62 percent of people who said the same thing about money and 61 percent who are anxious about their employment. United, we panic, divided, we also panic.