Over the last 60 years, automation has totally eliminated just one US occupation Quartz 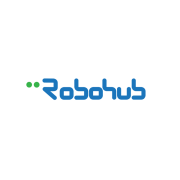 Automation often replaces human labor, but very rarely in the last sixty years has it eliminated an entire occupation. Only one of the 270 detailed occupations listed in the 1950 US Census has since been eliminated by automation, according to a working paper by Harvard economist James Bessen.

Occupied East Jerusalem - Tens of thousands of Jewish settlers, surrounded by police protection, have marched around the Old City, celebrating Jerusalem Day on the eve of the US embassy move from Tel Aviv. The annual event, which commemorates the Israeli annexation of occupied East Jerusalem in 1967, is regarded by the city's Palestinian population as a deliberate provocation. Past events have seen Palestinian-owned stores smashed up and Palestinian counter-protests being viciously suppressed by Israeli police. Like in previous years, road closures and barricades were set up on Sunday to heavily restrict Palestinians from accessing the road leading to Damascus Gate, one of the entrances to the Old City. "The Palestinian Jerusalemite today lives with a hundred sticks raining down his head," Osama Barham, an activist in the city, told Al Jazeera.

People typically gravitate towards others who can relate or live a similar lifestyle, which is often reflected in choice of occupation. If you're into mathematics or science, you might have more to talk about with someone in a similar field. It's why doctors often marry other doctors. How people with different occupations match up can say something about how personalities are compatible. In the chart below, select an occupation to see who those with that occupation are more likely to match up with.

The economy of the occupied Palestinian territories would be at least twice as large if the 49-year-old Israeli occupation was lifted, a new United Nations report has found. "Occupation imposes a heavy cost on the economy of the Occupied Palestinian Territory, which might otherwise reach twice its current size," reads the report released by the United Nations Conference on Trade and Development (UNCTAD) on Tuesday. The report, which analyses the economy of the occupied Palestinian territories of the West Bank, East Jerusalem and the Gaza Strip for 2015, underlines Israeli "restrictions on the movement of people and goods; systematic erosion and destruction of the productive base; losses of land, water and other natural resources," as some of the main factors hindering the territories' ability to thrive. It adds that the separation of the Palestinian market from international markets, the blockade on Gaza, expansion of illegal Israeli settlements and the construction of the separation wall on Palestinian land, as further causes for the underdeveloped state of the Palestinian economy. "In 2015, Israel withheld Palestinian fiscal revenue for four months, donor aid declined and Israeli settlements continued to expand into the Occupied Palestinian Territory, while poverty and unemployment remained high," according to the report.

The Second Law as a Cause of the Evolution

It is a common belief that in any environment where life is possible, life will be generated. Here it is suggested that the cause for a spontaneous generation of complex systems is probability driven processes. Based on equilibrium thermodynamics, it is argued that in low occupation number statistical systems, the second law of thermodynamics yields an increase of thermal entropy and a canonic energy distribution. However, in high occupation number statistical systems, the same law for the same reasons yields an increase of information and a Benford's law/power-law energy distribution. It is therefore, plausible, that eventually the heat death is not necessarily the end of the universe.